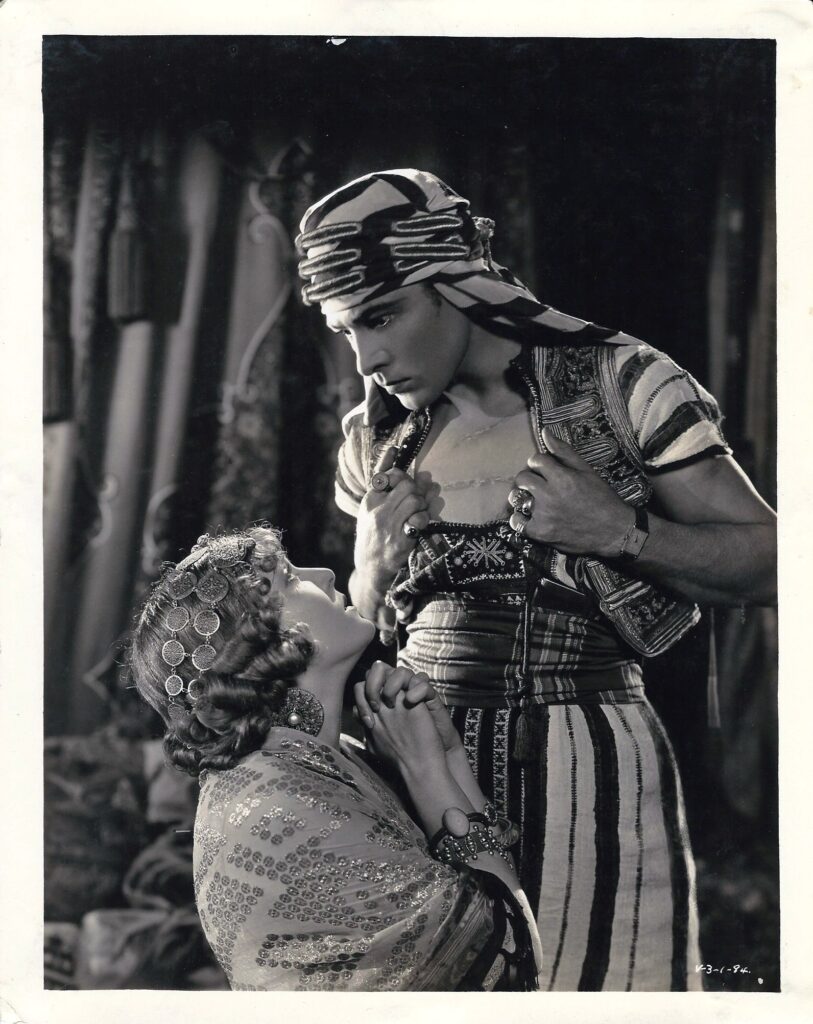 RUDOLPH VALENTINO / SON OF THE SHEIK (1926) with Vilma Bánky

Sequel film to THE SHEIK, which would be Rudolph Valentino’s last film. He plays a dual role, as both the Sheik and his son. As the son he ravages dancing girl Vilma Bánky in his tent palace, and much of the adventurous action is played for fun. Bánky’s father and gang do not care for what is going on in the lover’s lair, so they capture and torture Valentino. One of the first “sequel” films to be made, it is also one of the first to be released after a star’s death.  Sets by William Cameron Menzies.

In perhaps the most famous scene from the film, Valentino tears open his costume to reveal his torture wounds to Vilma Bánky.  Photo is coded “V-3-1-94”. Stamped by photographer Nealson Smith on verso. FINE.