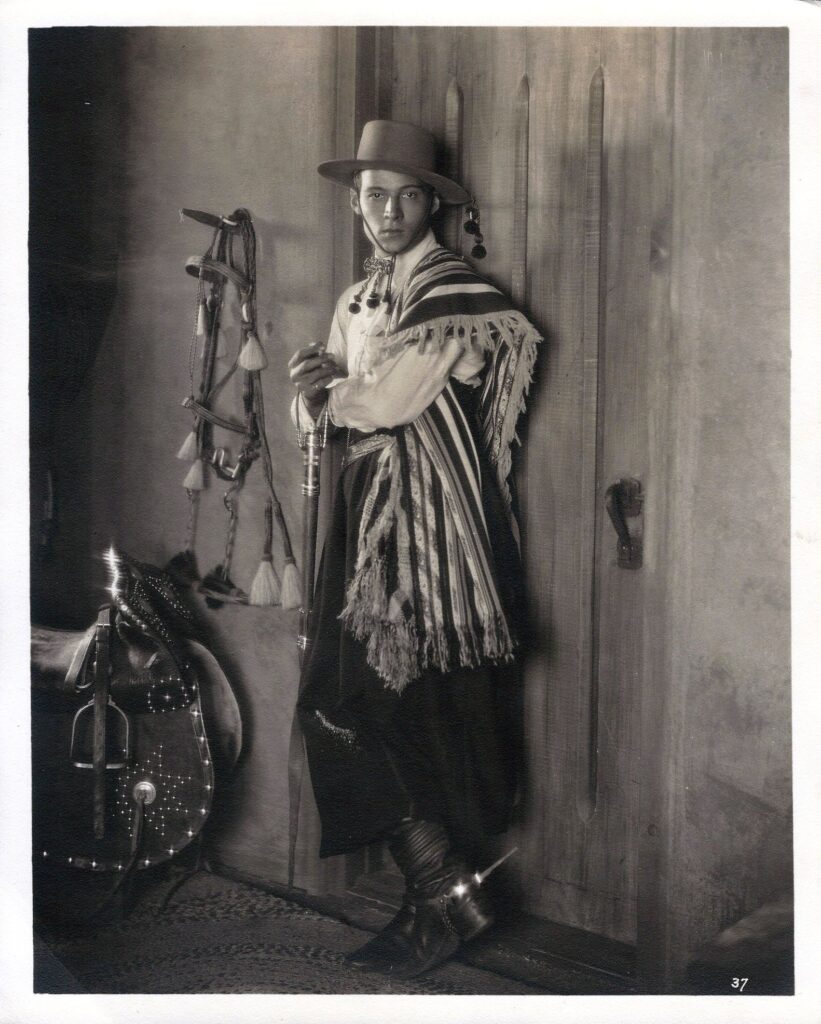 The film which made Rudolph Valentino a legend. It earned ten million dollars during its initial release ($300 million in today’s dollars) and is famous for the torrid tango scene, but the film is much more. It is the story of the devastation of the Great War (having just ended in 1918) on the people of Argentina. The film was masterfully directed by Rex Ingram (who would marry the leading lady Alice Terry at end of filming). Valentino paid for much of his wardrobe used in the film, and made so little money for his role that he spent the next year paying off his wardrobe bill. Fortunately he would soon be paid better. To this day, this is one of the most visually stunning of all American silent films. It was placed on the National Film Registry in 1995.

This portrait of Valentino in his dance costume as character Julio Desnoyers is exquisite.  It is coded “37”.  Brown tape remnant on verso, FINE.