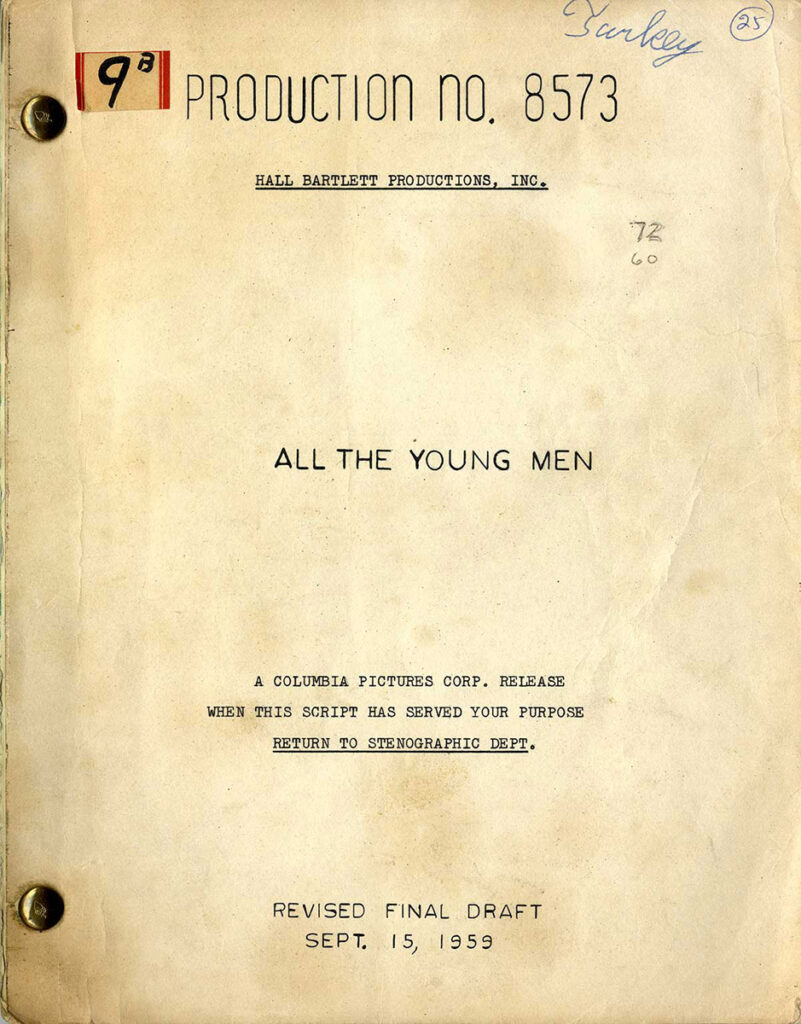 Hall Bartlett (screenwriter) Hollywood: Columbia Pictures. Brad bound, quarto, mimeograph, 131 pp., a few penciled notes throughout, a few pages with markings in heavy pen, and some pages of revisions on yellow paper dated Sept. 22, 1959. Various editorial notes on back wrapper in an unknown hand, overall NEAR FINE. A Korean war film in which Sidney Poitier was second-billed in the role of a stalwart troop commander who is forced to deal with racism as well as incoming fire.