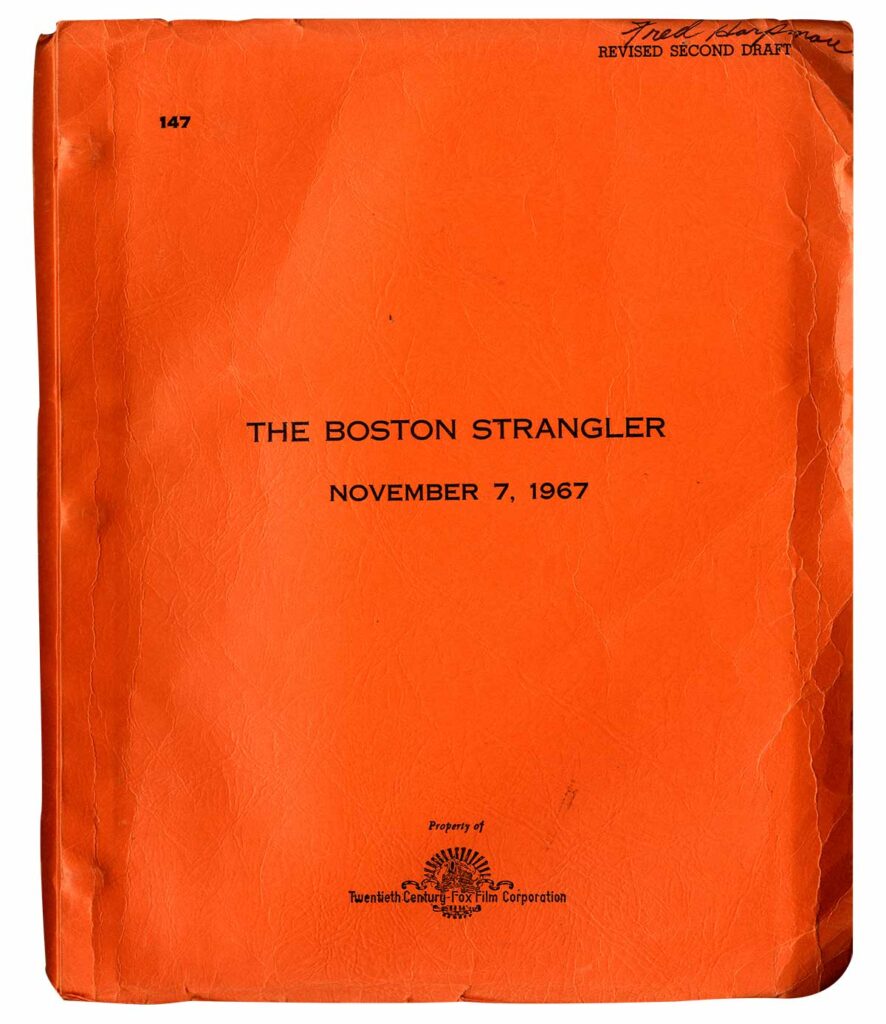 THE BOSTON STRANGLER is the third in a series of four films based on true crimes directed by genre chameleon Richard Fleischer (1916-2006). The other three in the series were THE GIRL IN THE RED VELVET SWING (1955), COMPULSION (1959), and 10 RILLINGTON PLACE (1971). THE BOSTON STRANGLER was clearly the most ambitious of the group, both from a narrative perspective and in terms of its radically experimental multi-screen visual style. Controversial in its day, Fleischer’s film is now considered a classic of ’60s neo-noir.

Tony Curtis received a Best Actor Golden Globe nomination for his portrayal of the THE BOSTON STRANGLER’s title role, a subtle and committed performance unlike anything the actor had previously done, while Anhalt was nominated for an Edgar Allen Poe Award by the Mystery Writers of America. for his screenplay.