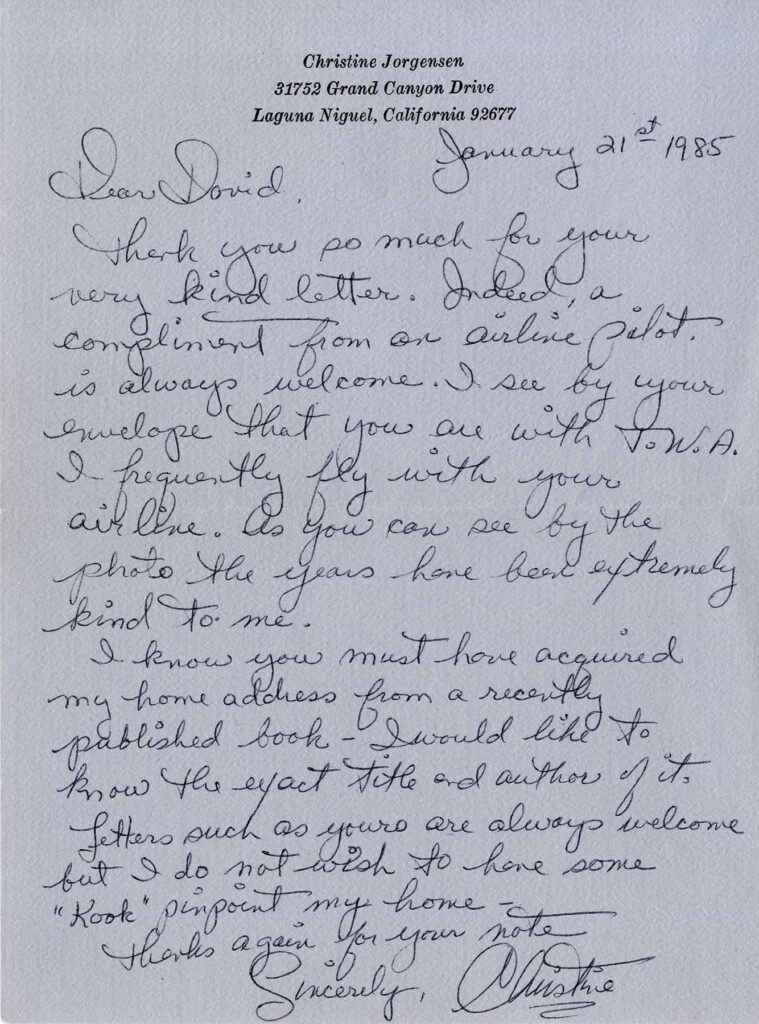 Autographed letter, signed, with its original mailing envelope, both in Christine Jorgensen stationery, with an accompanying 5 ½ x 3 ½” photo, with a note in ink on verso “CJ 1983.” JUST ABOUT FINE.

A charming little letter sent by Jorgensen to an airline pilot who collected autographs of famous people. Jorgensen letters are quite uncommon.