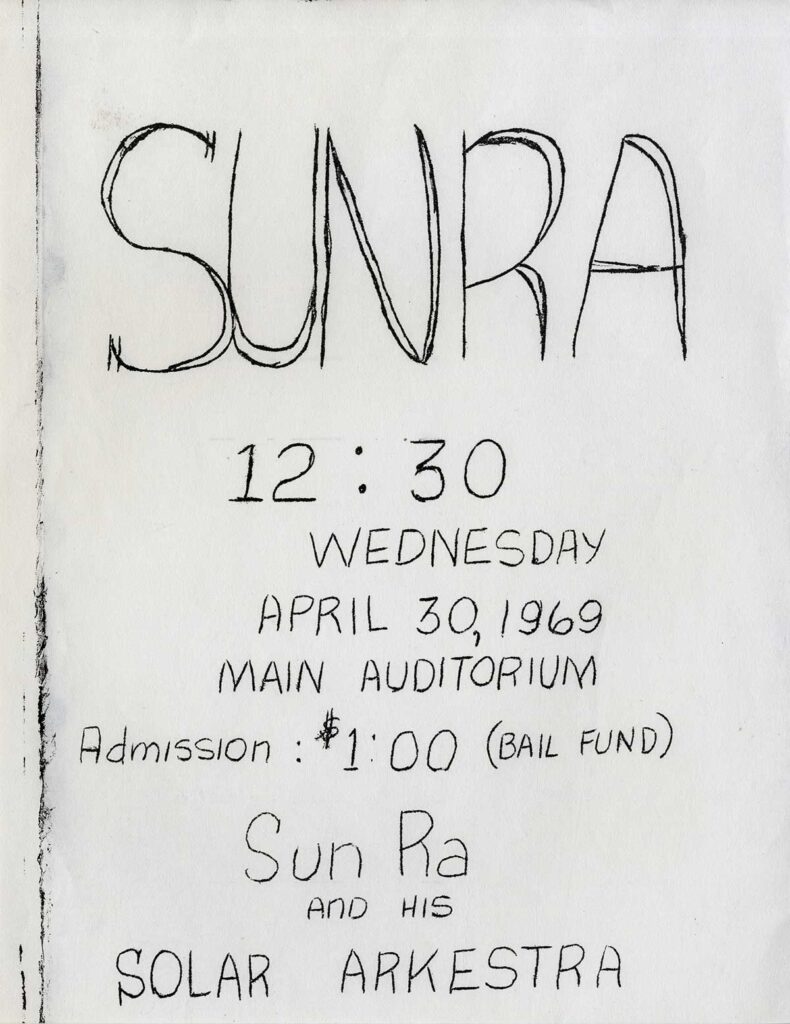 In the Spring of 1969 the Arkestra made a second appearance on the West Coast; the first in Berkeley, then for two nights in LA at the Dorsey High School Auditorium. At some point in between that show on April 12-13 and the Maryjane coffeehouse gig in Sacramento on May 3rd, the Arkestra played this show for a bail fund for which we can find no documentation whatsoever. It is surmised that no more than a handful of these were hastily produced. (The Earthly Recordings of Su Ra, page 149)