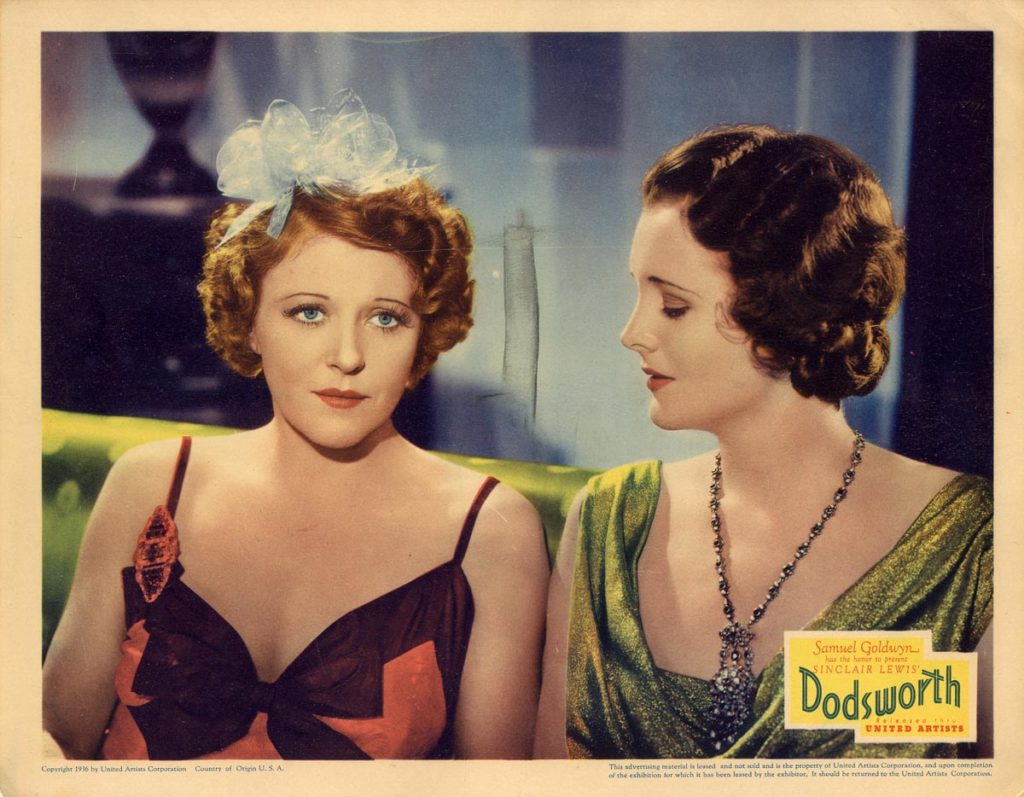 From the Sinclair Lewis novel with screenplay by Sidney Howard (who received larger billing than director Wyler). this was a highly frank depiction of a failed marriage presented at a time when films rarely dealt with this issue, much less realistically. Presented as a Broadway play in 1934, Walter Huston and several cast members reprized their roles for the film. Huston was nominated by the Academy as Best Actor, as was director Wyler and the film.

During the filming Mary Astor was going through a high profile divorce case and often slept on the set to avoid confrontation. Wyler, Goldwyn and Chatterton supported her and appeared as character witnesses in court. Astor said she channeled the sorrow she felt in her personal life into her character Mrs. Edith Cortright and this role became her personal favorite.

In this card we see Ruth Chatterton as the frivolous, unsure-of-herself wife Fran Dodsworth and Mary Astor as the focused and assured widow Edith Cortright. This would be Chatterton’s last American film. Fantastic color, there is just a scratch about midway down the card between the two women’s heads. ABOUT FINE.