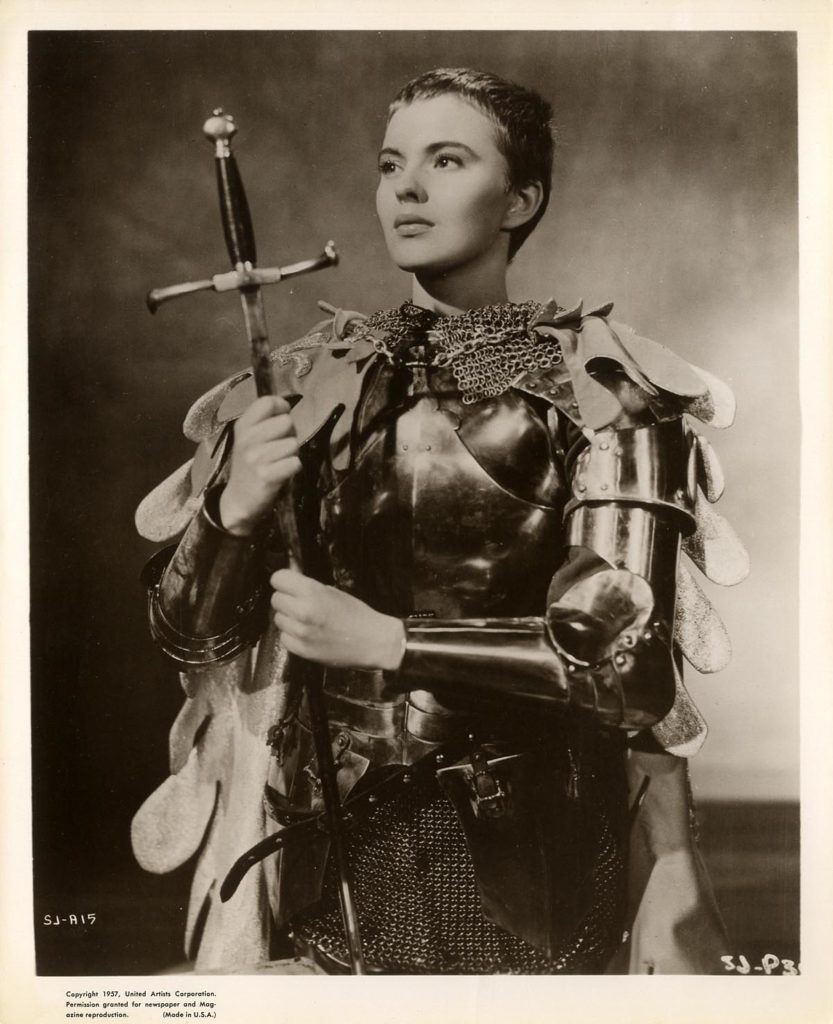 This is the story of Joan of Arc, her leadership of the French Army against the British, the many battles she wins and then being branded a witch once she is no longer needed. The film was based on the George Bernard Shaw play with a great screenplay by Graham Greene. Jean Seberg (at 18) was selected after a highly publicized contest to play the title character.

Still SJ-A7 is a publicity headshot of the actress at the time while the other three in the lot are images of her in character in the Joan of Arc armor. Slight wear, but only one image, SJ A16, displays pin holes at each of the four corners. NEAR FINE.