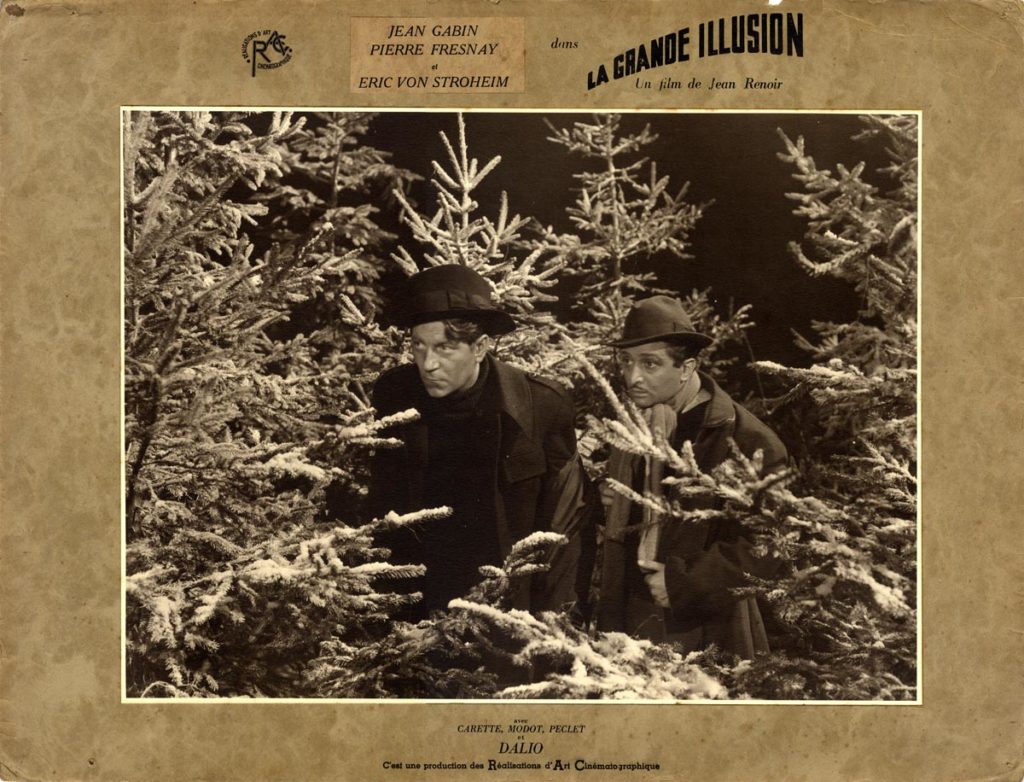 Renoir’s brilliant study of class system played out amongst prisoners of war set during World War I, it is the prison escape film which all aspire to. Goebbels made sure that the Germans seized the film when they occupied France, referring to Renoir as “Cinematic Public Enemy Number 1”. It was thought lost in a 1942 air raid, but a German archivist managed to smuggle out the original negative and took it back to Berlin. When the Russians entered Berlin, the film made its way to Moscow. Later, when Renoir was attempting to restore the movie, he had only muddy prints to work from. A film exchange between the Moscow and Toulouse archive included the original negative, which eventually was realized for a full restoration.

Miraculously, we have this classic film to enjoy and here is an original 1937 country-of-origin theatrical advertising piece. In the image are Jean Gabin and Pierre Fresnay. Small chip at top right edge. There are pin holes and light creasing to the four corners. Item is a heavy cardboard. ABOUT FINE.