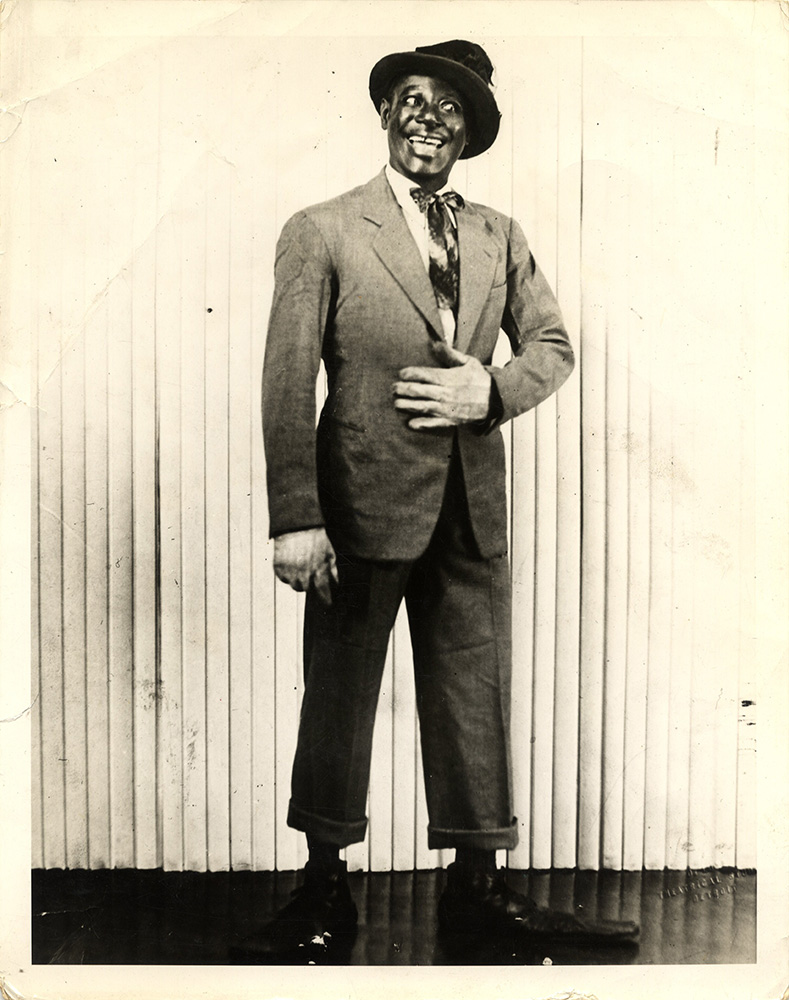 Dusty Fletcher  (1900-1954) was an African American film and stage actor, and frequent vaudeville performer. He became famous for a routine called “Open the Door, Richard,” which portrayed a drunk trying to make his way home. That routine included a song of the same name, which he recorded in 1947, and which became a novelty sensation. His films include such classics as RUFUS JONES FOR PRESIDENT (1933), with a pint-sized Sammy Davis, Jr., who was then six years old, KING FOR A DAY (1934), with Bill Robinson, and HI DE HO (1947), with Cab Calloway.