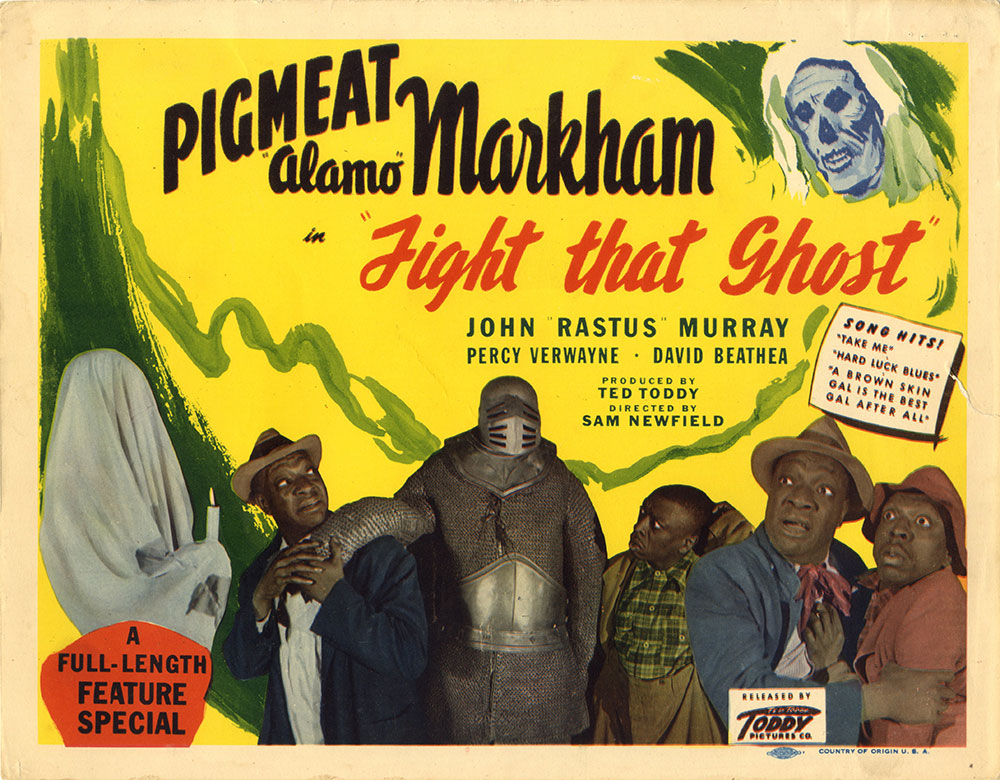 Comedy horror story which is considered a lost film. Story concerned the escapades of Pigmeat and Shorty and their avoidance to pay their rent when, out of the blue, they both inherit money and a house — the stipulation is that they must spend one night alone in that house, which is most definitely haunted. There were songs included: “Take Me,” “Hard Luck Blues” and “A Brown Skin Gal is the Best Gal After All.”

Star Pigmeat Markham (1904-1981) was a comedian, singer, dancer, and actor, who spent most of his life performing on the “chitlin’ circuit” of black vaudeville theaters and night clubs. The white audience discovered him in the 1960s after he performed his famous “Heyeah come da judge” routine on the NBC show LAUGH-IN. He recorded that routine with a funk musical background in 1968—and some authorities have cited that record as a precursor of rap music.