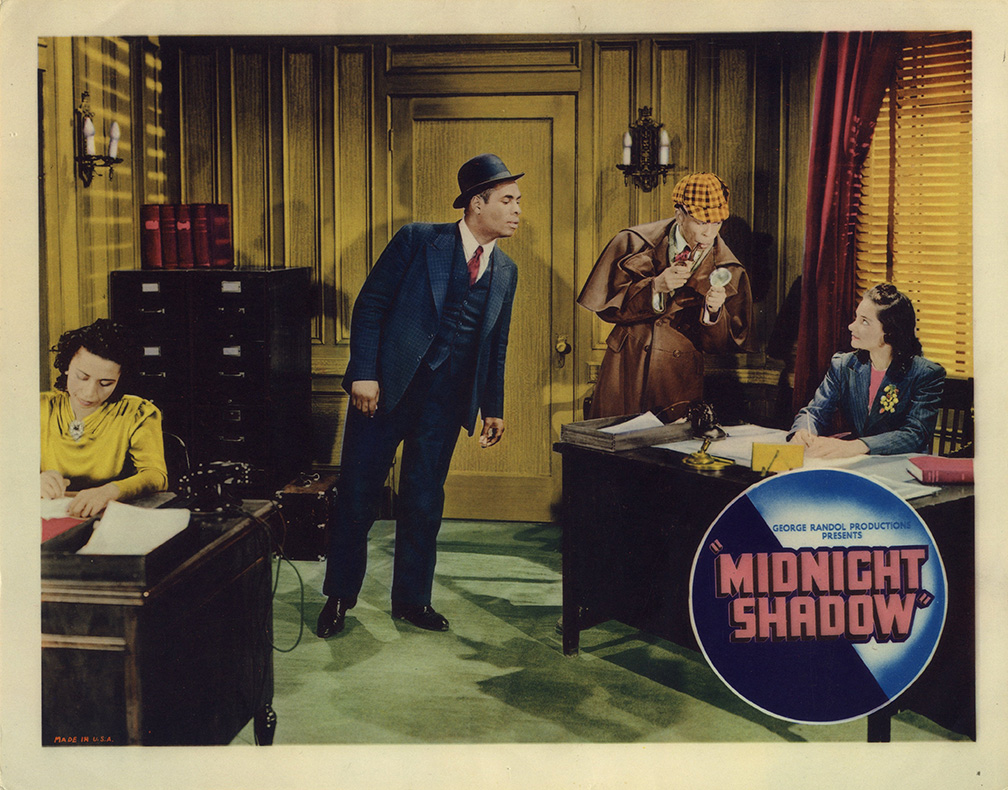 Very scarce card from African American detective comedy MIDNIGHT SHADOW. In 1937, George Randol (an African American actor who had previously appeared in a handful of films, including THE GREEN PASTURES) had written and produced DARK MANHATTAN, an all-Black movie, and that led him to form his own company and make RHYTHM RODEO in 1938, DOUBLE DEAL in 1939, and then this movie, which appears to have been his last.