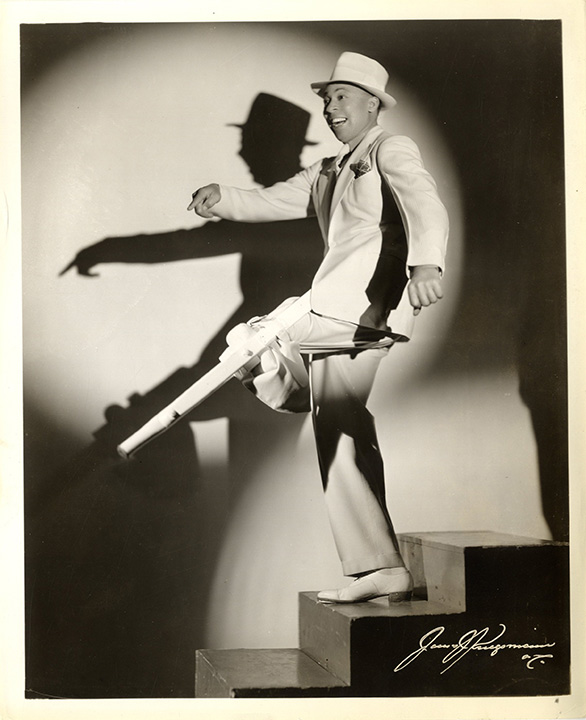 Clayton ‘Peg Leg’ Bates was an African American dancer from the 1920s-1960s. He was born in 1907 and at an early age became a street dancer, but he lost one of his legs in a cotton gin accident at the age of 12. He then learned to tap dance with a makeshift wooden peg leg, hence his stage name.

He was a major vaudeville star from the 1920s-1940s. In 1948, he made the first of 20 appearances on The Ed Sullivan Show. In 1951 he bought land in the Catskills and opened the Peg Leg Bates Country Club, which was the first all-black club in that area; over the next several decades, many of the greatest African American performers got their starts in that club!

He continued appearing on television, and in 1992 Gregory Hines made a biographical documentary about him called The Dancing Man.

This promotional photo is by New York photographer James Kriegsmann, who was responsible for many celebrity photos, including shoots with Frank Sinatra, Bill Haley, Ray Charles, Duke Ellingtopn, Ray Conniff, and Stevie Wonder.