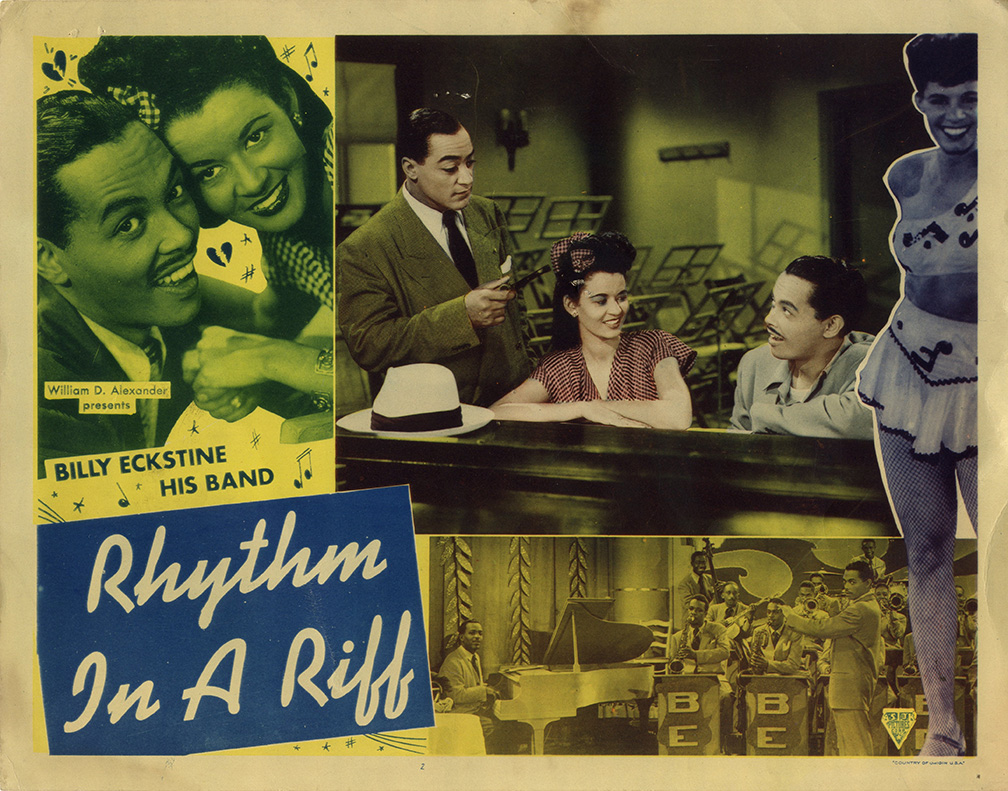 Eckstine was a famous African American vocalist at mid-Century. He made very few appearances in films, and this musical short may be his only film in which he was starred.

Alexander was a very important early African American film producer. Born in 1916 in Denver, Colorado, or in Missouri. He grew up in Colorado and was educated at Colorado State College of Education, now the University of Northern Colorado, and Chicago State University. In 1941, Alexander relocated to Washington, D.C., where he was employed by the National Youth Administration. He worked for a radio program, where his responsibilities involved interviewing African Americans who worked for the federal government and producing stories about Washington’s Black middle class.

In 1945, Alexander relocated to New York City, where he established his own production company, Alexander Productions, and founded the Associated Film Producers of Negro Motion Pictures. Alexander produced musical shorts, such as Jivin’ in Bebop (featuring Dizzy Gillespie), Burlesque in Harlem, and Open the Door, Richard (whose theme later became a hit record). He also produced features, including The Fight Never Ends (in which boxer Joe Louis, starring as himself, fought juvenile delinquency), The Highest Tradition, and Rhythm in a Riff. Alexander’s Souls of Sin has been described as the last race movie made by a Black producer.