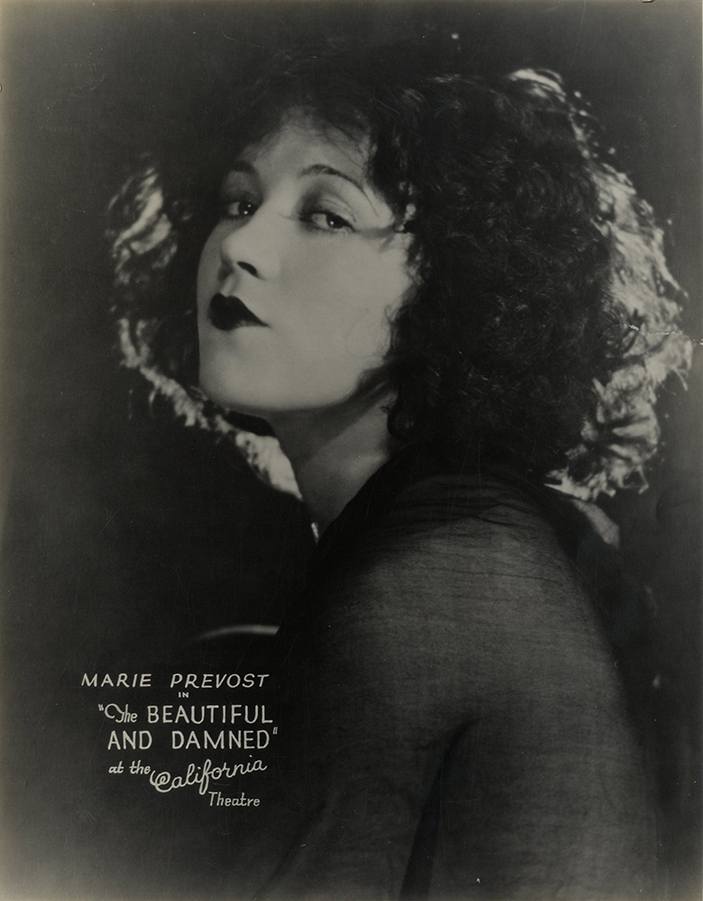 (FITZGERALD, F. SCOTT, ADAPTED FROM) THE BEAUTIFUL AND DAMNED (1922)

Fitzgerald’s career took off immediately after Scribners’ very successful launch in 1920 of his first novel, THIS SIDE OF PARADISE. He was also writing numerous short stories, which were finding ready publication in various mainstream magazines. As a result, Hollywood immediately beckoned, and three films were produced in 1920 and 1921, all adapted from Fitzgerald stories: THE CHORUS GIRL’S ROMANCE and THE HUSBAND HUNTER, both 1920; and THE OFF-SHORE PIRATE, 1921. When THE BEAUTIFUL AND DAMNED was published in 1922, there was immediate interest in making a movie out of it. Warner Brothers won the rights, and the film went into production that same year. Hence, this was the first film to be adapted from a Fitzgerald novel.

Sadly, this is a lost film—as are all the silent films adapted from Fitzgerald.

This is a portrait of Marie Prevost, in the lead role of Gloria.