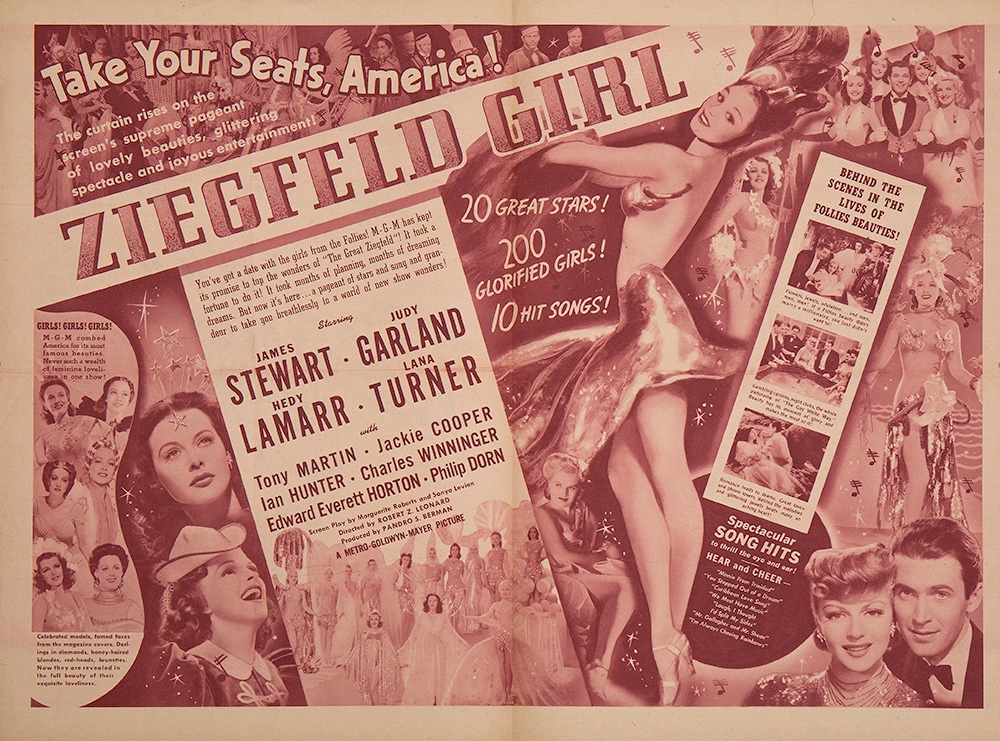 Vintage original 16 x 11” (25 x 20 cm.) oversize deluxe two-sided herald, 4 pages, USA. Judy Garland, Lana Turner, Hedy Lamarr, James Stewart, dir: Robert Z. Leonard; Metro-Goldwyn-Mayer. The story of three girls in show business and the different paths their lives take is an archetype which has been played out in many variations. The film was in development since 1938 and was to originally star a combination of MGM top female stars of the time including Eleanor Powell, Joan Crawford, Virginia Bruce and Margaret Sullavan. However, by 1940, the script was developed for the new reigning female stars, Judy Garland, LanaTurner and Hedy Lamarr. James Stewart was given top billing as well as he had just won the Academy Award for best actor of 1940 as this film wrapped. The front of the herald features an artist’s depiction of a 1940 era style Ziegfeld Girl— though the actual period of the Follies was over during the 1920s. The herald opens up to a montage of photo scenes of the stars and the MGM dancers who played the Ziegfeld Girls of the film. There are some small chips at the right margin. There are two small pieces of tape on the front left side margin. ABOUT FINE.