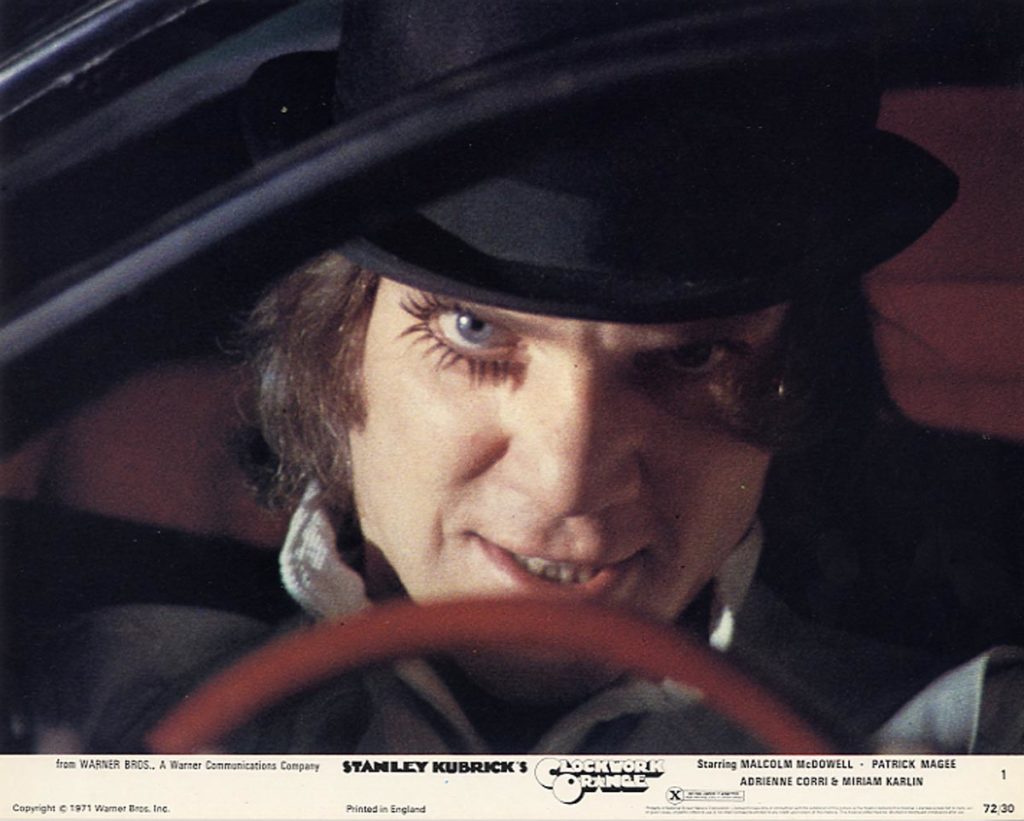 This set is complete with no-holds-barred images including those of nudity and violence. Though not banned in the UK as popular belief would have it, the film did receive an X-rating and director Kubrick pulled it from distribution in the UK in 1973 when his family received death threats over the film’s play there.