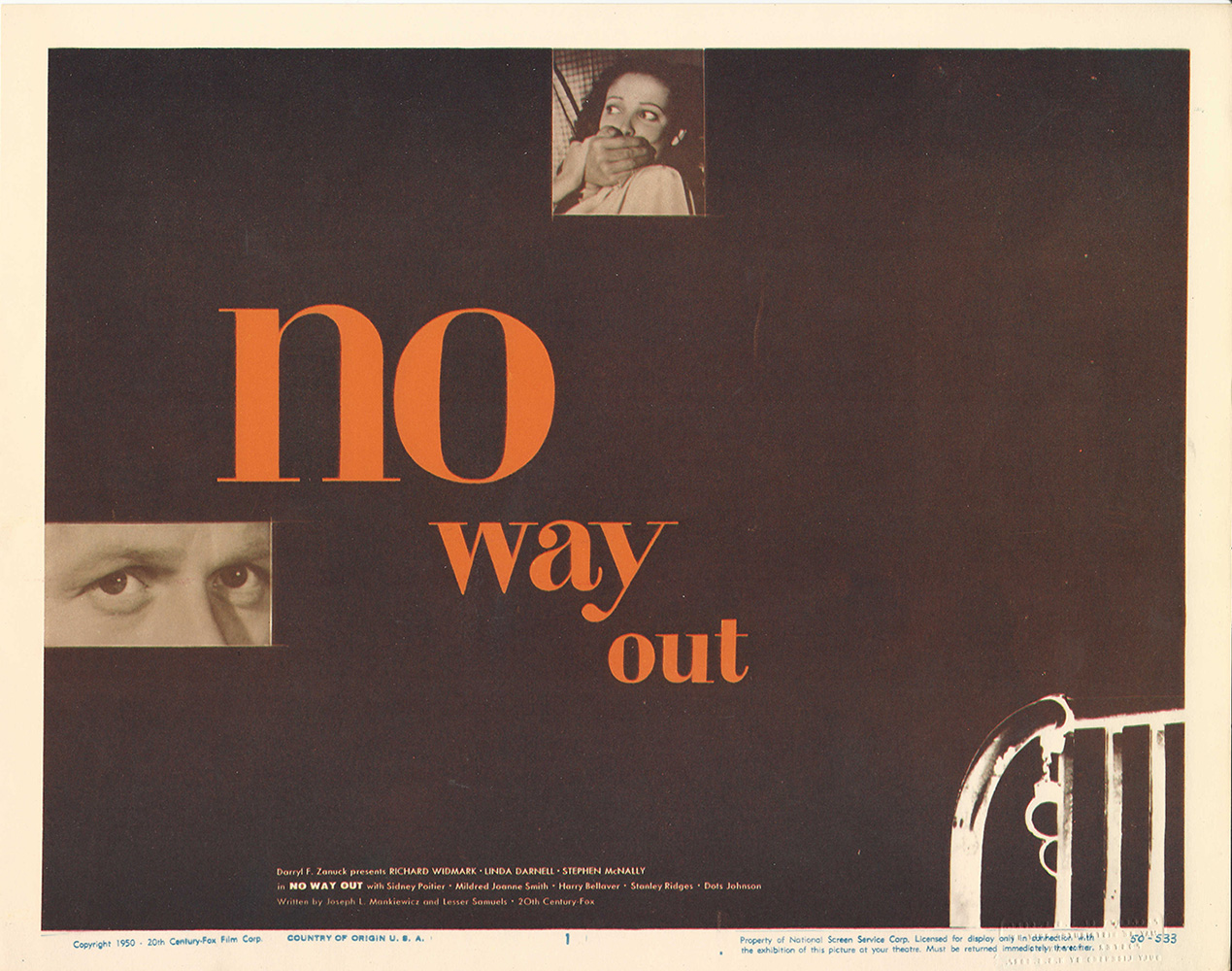 Vintage original 11 x 14” (28 x 35 cm.) title lobby card, USA. Richard Widmark, Linda Darnell, Stephen McNally, Sidney Poitier, dir: Joseph L. Mankiewicz; Twentieth Century Fox. Brilliant Academy Award nominated screenplay (by director Mankiewicz) which dealt with racism and bigotry. The film was shocking and controversial when released for its’ subject matter and perhaps more so today but for the reasons of its political incorrectness. It is an important document of where American’s were in 1950 and how far things have come in the years since. This is one of the most dynamic pieces of poster art ever created.

The campaign was known to feature some of the very earliest of Saul Bass’s art. The lay out for this piece of art is attributed to Paul Rand, with Saul Bass perhaps involved in the title treatment. Card features Aug. 12, 1950 stamp on verso is like new, pristine and never used. FINE.