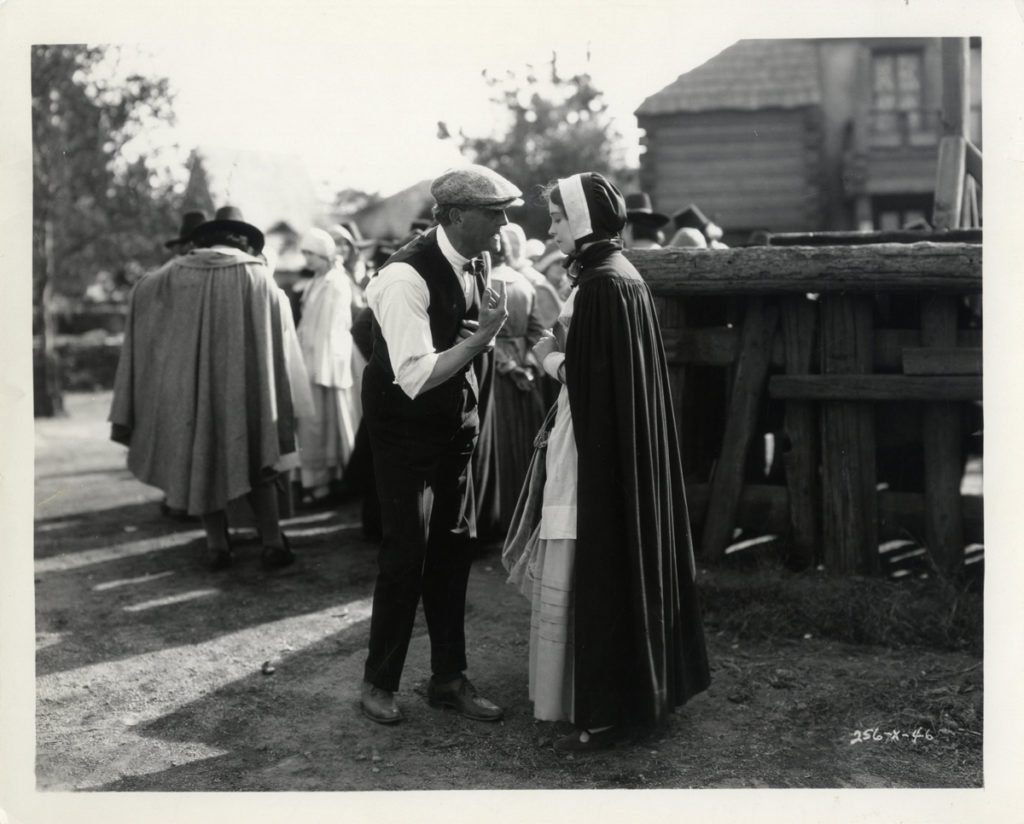 Vintage original 8 x 10″ (20 x 25 cm.) black-and-white single weight glossy gelatin silver print still photo, USA. Lillian Gish, Lars Hanson, Henry B. Walthall, Karl Dane, dir: Victor Sjoo;m; MGM. The famous Nathaniel Hawthorne story of Hester Prynne, the seamstress punished for playing on the Sabbath. A young minister takes pity on her, and they fall in love. Hester’s husband has gone missing for several years, and though the couple’s love is forbidden, they cannot help themselves. A baby is born and Hester is branded with a scarlet “A” for adulteress. The townspeople who condemn her are shocked when it is revealed who the father is.

A brilliant silent film, perhaps the finest interpretation on film of this novel, with script by Frances Marion, costumes designed by Max Ree and set decoration by Cedric Gibbons and Sidney Ullman. Gish was perfectly cast as the demure yet sensual Hester, one of her finest performances. She campaigned heavily to have the film made and won the battle against the studio and American civic morality groups to have it approved. Many of the locations were filmed at the Iverson Ranch in Chatsworth, near Los Angeles.

In this rare behind-the-scenes moment, we witness a tense exchange between Gish and director Victor Sjostrom. The filming was intense when Gish learned that her mother had a stroke in London and she needed to leave. The schedule was rearranged and two weeks of filming were completed in three days. Still is coded 256-x-46. There are a few tiny creases at the left edge blank white margin. ABOUT FINE.