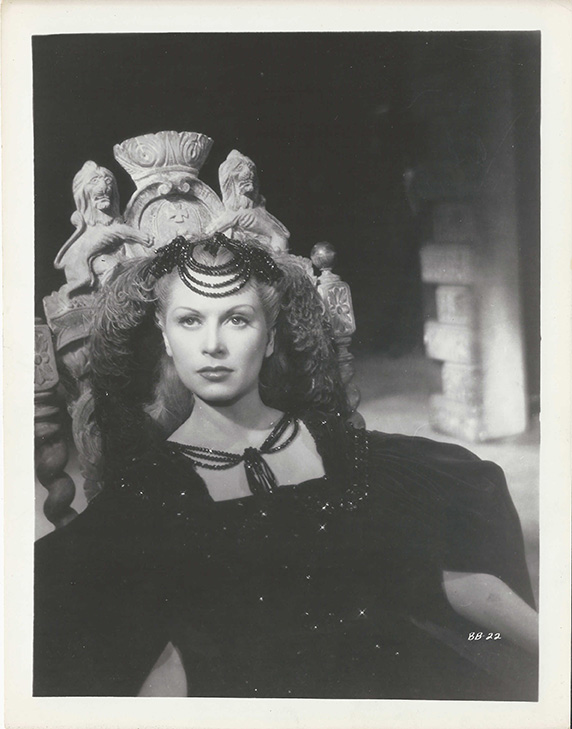 Vintage original 8 x 10″ (20 x 25 cm.) black-and-white single weight glossy silver gelatin print still photo, USA. Jean Marais, Josette Day, Mila Parly, Nane Germon, Michel Auclair, Raoul Marco, Marcel Andre; dir: Jean Cocteau; DisCina. This still is for the original US release.
Story of the daughter of a merchant who comes into the castle of a monster – half-human, half-beast – as a sacrifice after her father stumbles upon him and he demands his death or that he give up one of his daughters. She discovers that the beast is not as inhuman as he wants others to think. A beautifully photographed (Henri Alekan) and atmospheric film classic

This is a great portrait of Josette Day as Belle and was likely photographed by G. R. Aldo. It is coded BB-22. Photograph is for the American release of the film. Born in 1914, Day started her career as a child dancer and teen film actress. She worked until 1950 when she married a Belgian multi-millionaire. Associated with director Marcel Pagnol, her career was capped by her performance in this Jean Cocteau classic. Tiny crease at top right corner. ABOUT FINE.