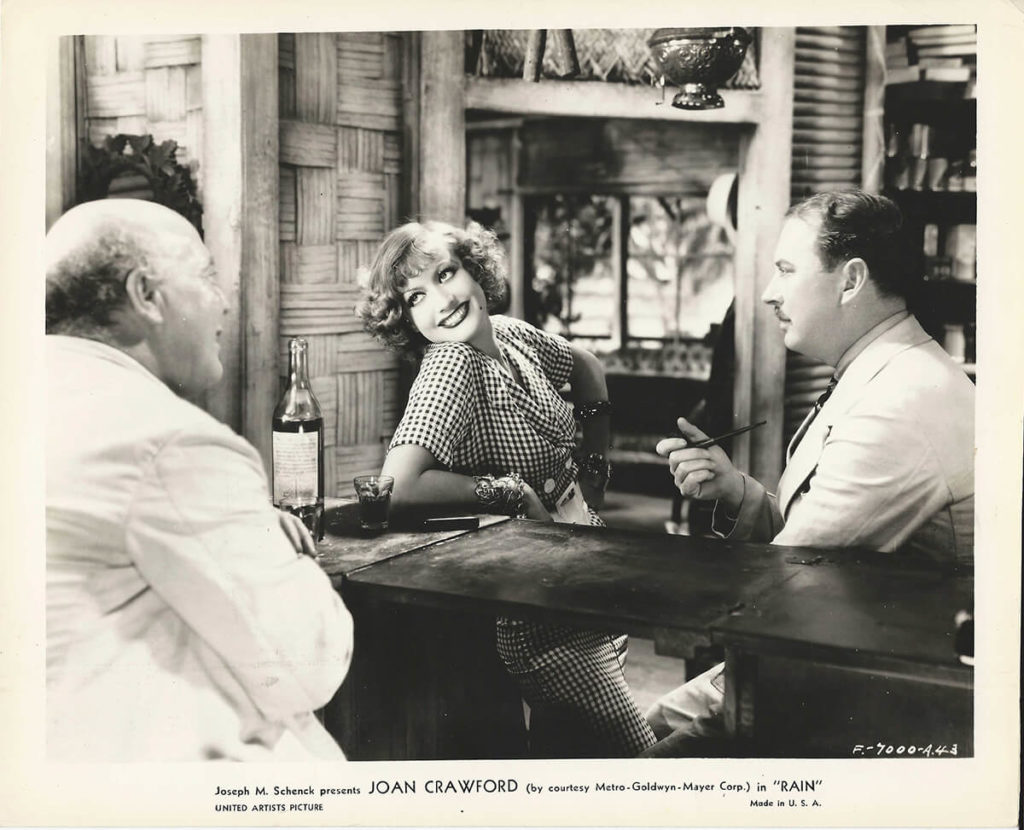 Vintage original 8 x 10” (20 x 25 cm) black and white single weight glossy silver gelatin print still photo, USA. Joan Crawford, Walter Huston, Fred Howard, Guy Kibbee, Beulah Bondi, dir: Lewis Milestone: United Artists. Working her way up in the business of being considered for meatier roles, Joan Crawford fought for this part, so much so that MGM allowed her to be loaned to United Artists. This would be her only loan out during her 18 years at MGM. Cast as Sadie Thompson, the prostitute of Somerset Maugham’s famous story, she visited with the prostitutes of San Diego to research her role. In the end she was very disappointed with her performance and with the film which was an artistic and commercial failure for her. She faired far better that year with her sympathetic role in the Best Picture, GRAND HOTEL. Today Crawford’s performance is seen as that which keeps the entire film afloat and her appearance is rather legendary. Still is coded F.-7000-A.43. John Miehle is credited as having photographed this scene still with Guy Kibbee, Crawford and Matt Moore. Very minor corner wear. ABOUT FINE.