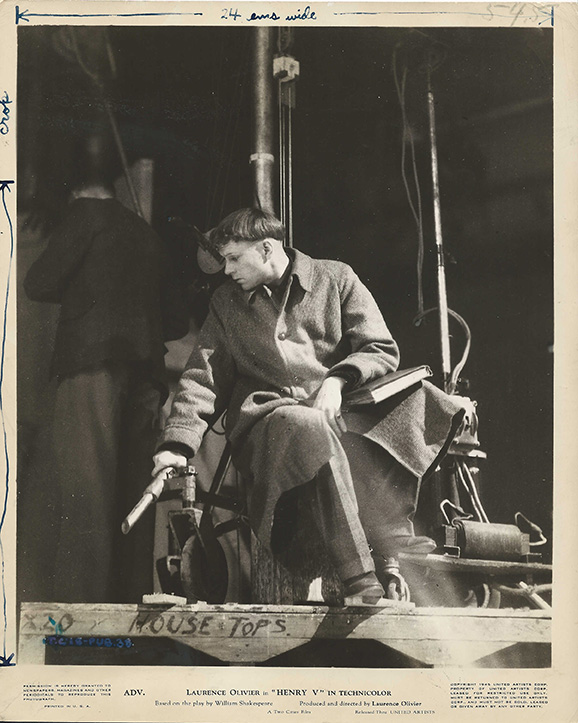 A very rare behind-the-scenes image of actor/director Laurence Olivier on set during the production of this exquisite Technicolor version of Shakespeare’s play. Olivier helmed the British made film as an inspiration to his country as they fought during World War II.

This 1945 photo is for advertising for the first US-release. The original attached paper blurb is on the verso. This photo was used in publishing and has the sizing markings on the blank white margins. Olivier wears street clothes and his character’s wig and make-up and holds what appears to be a bound script as he works out a shot, the crew behind him.