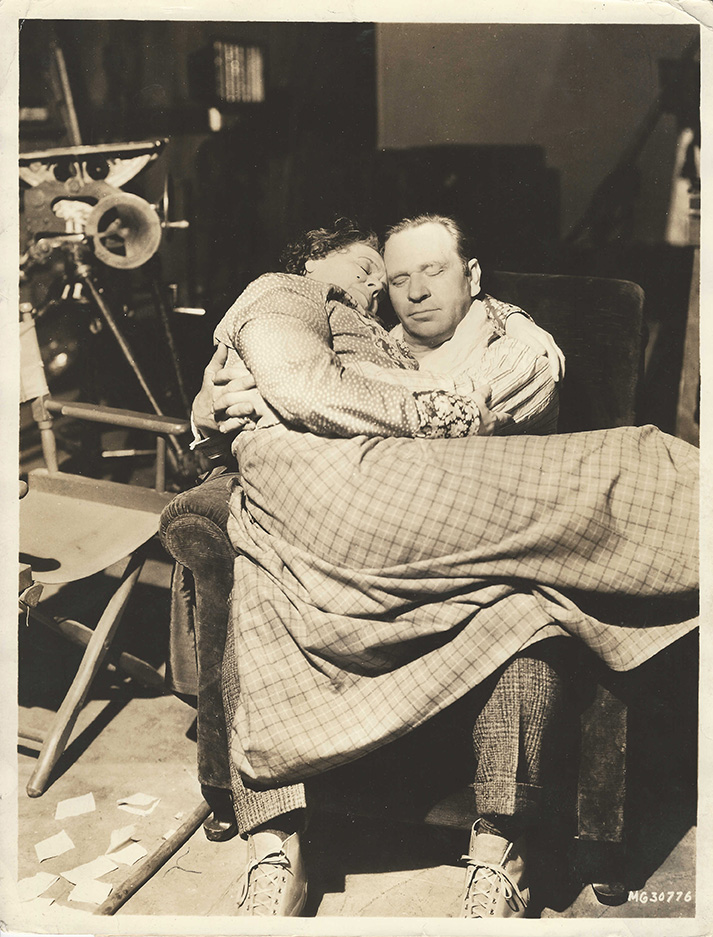 A very rare still format showing a sweet moment between the co-stars. The attached paper blurb on the verso reads “Together again Marie Dressler and Wallace Beery, seen together in the Metro-Goldwyn-Mayer picture “Tugboat Annie,” catch forty winks between scenes in their latest picture.” They had made MIN AND BILL a few years before. Still is coded “MG30776”. Dressler, suffering from cancer at this time, would die a year later. Minor creasing along the top blank white margin and at the four corners, NEAR FINE.