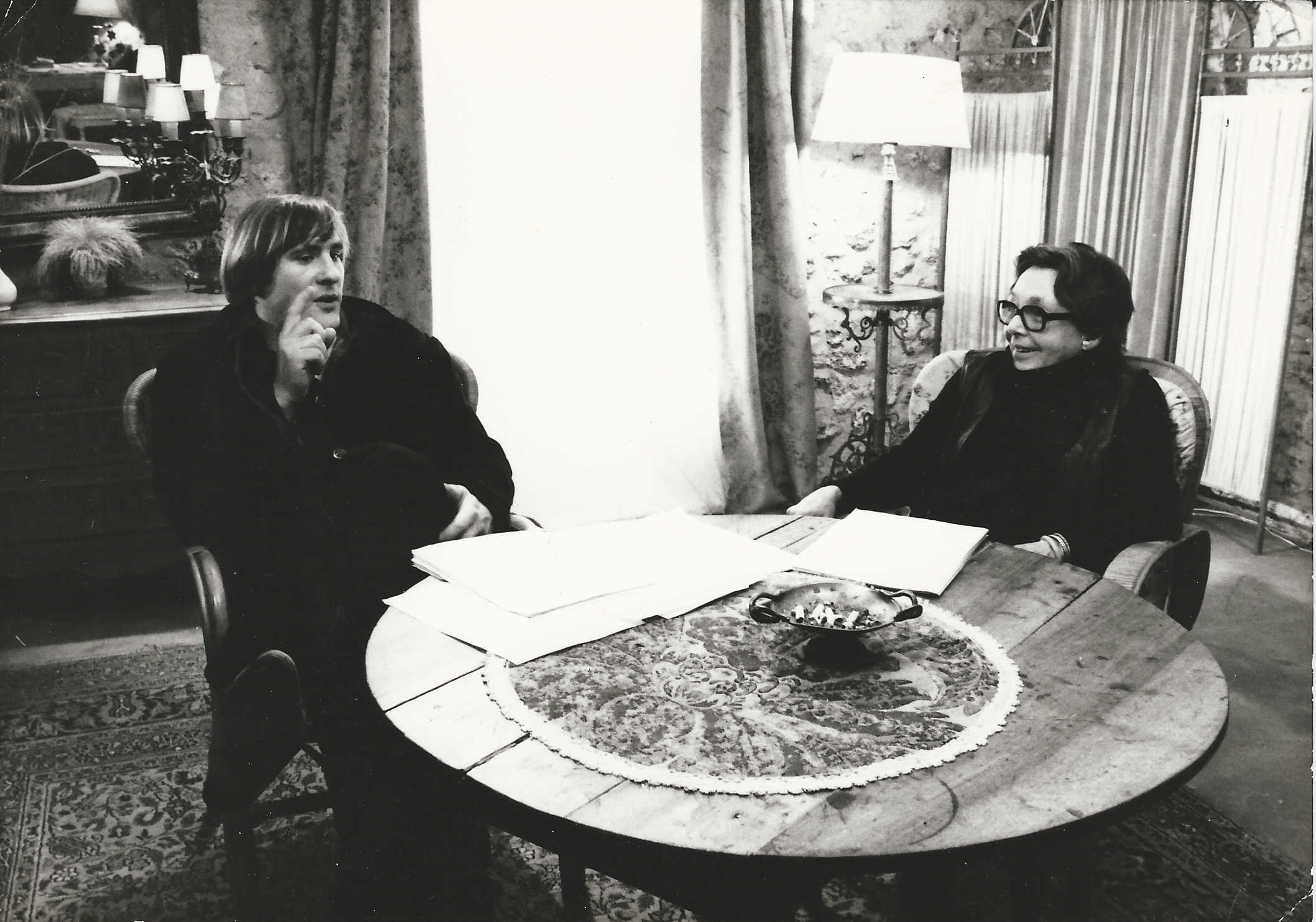 Photo of Duras and Depardieu. “In this most talky and personal of films, director Marguerite Duras and actor Gerard Depardieu do an on-camera read-through of a movie script. Occasionally, the director comments about the characters or their motivations, and sometimes the actor does. That’s all — there is no action, there are no location shots, no one pretends to be anything else. The script itself tells about an encounter between a blank-slate of a woman hitchhiker, and a communist truck driver. As the reading progresses, Duras comments bitterly about the failed ideals of communism and the glorious revolution that will probably never happen.” (imdb)