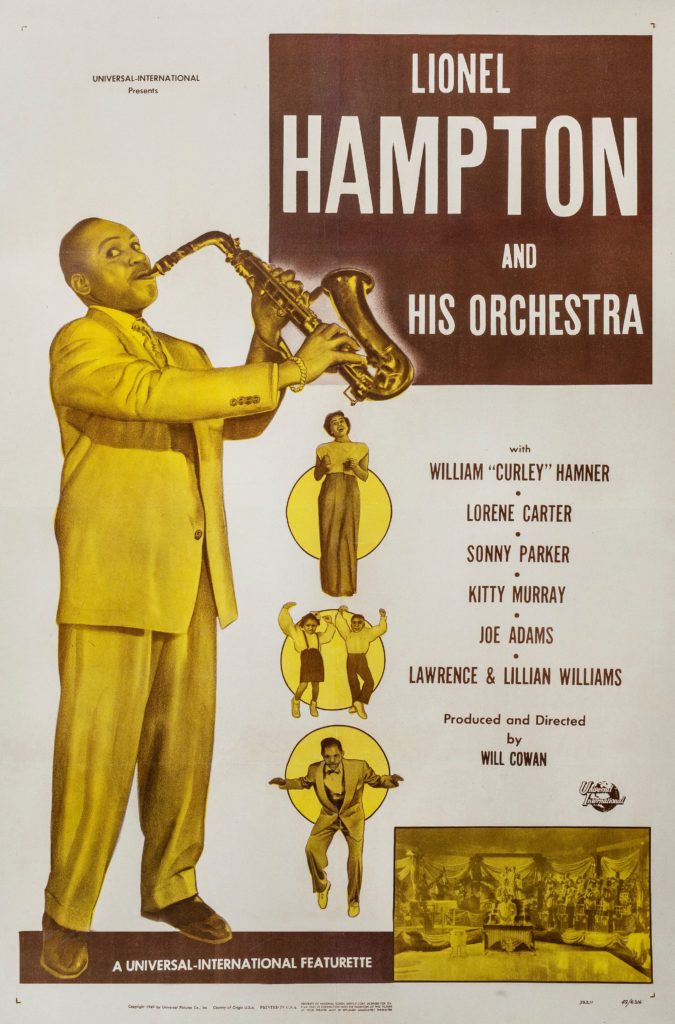 LIONEL HAMPTON AND HIS ORCHESTRA (1949)

Vintage original 41 x 27” (104 x 69 cm.) one sheet poster, USA.  Hollywood: Universal-International, 1949.  Conserved on archival linen, with routine touch ups to fold tears, near fine.
Extremely scarce poster for a 15 minute short film featuring the legendary Hampton and his orchestra, including band vocalists Sonny Parker and Lorena Carter, as well as a comedy dance by William “Curley” Hammer, and a dance number by Lawrence and Lillian Williams (a very young dancing couple).
The poster has a very strong image on left of Hampton on the alto sax—an instrument he played as well as the vibraphone, trumpet, and drums.  The smaller central images are of some of the featured performers in the movie, and the photo at bottom right shows Hampton playing the vibraphone, with his band playing behind him.
Hampton literally had a career which spanned eight decades.  He is one of the iconic figures in jazz history..  .  Richards 693.