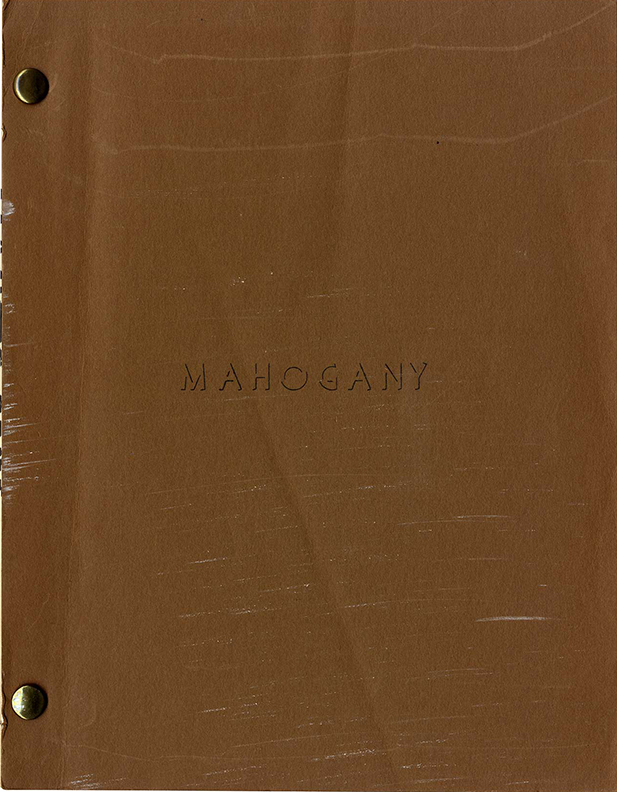 (Vintage original film script.  Los Angeles: Motown Production Company, March 1, 1974.  Quarto, printed wrappers, mimeograph, 131 pp.  Light creasing and minor pencil marks along spine of front cover, title labeled on spine, near fine.
Diana Ross’ second feature film, made after her triumph in LADY SINGS THE BLUES.  In this film, she portrayed Tracy, a struggling young woman designer from Chicago’s South Side.  A famous fashion photographer (Anthony Perkins) discovers her, and brings her to Europe, where he makes her a renowned fashion model.  But his character, who is apparently gay, is controlling, and eventually Tracy breaks away from him and returns to the young Chicago activist (Billy Dee Williams) whom she had previously spurned.   British filmmaker Tony Richardson was originally the movie’s director, but producer Berry Gordy became dissatisfied with his work and wound up firing him and taking over the direction of the film himself.