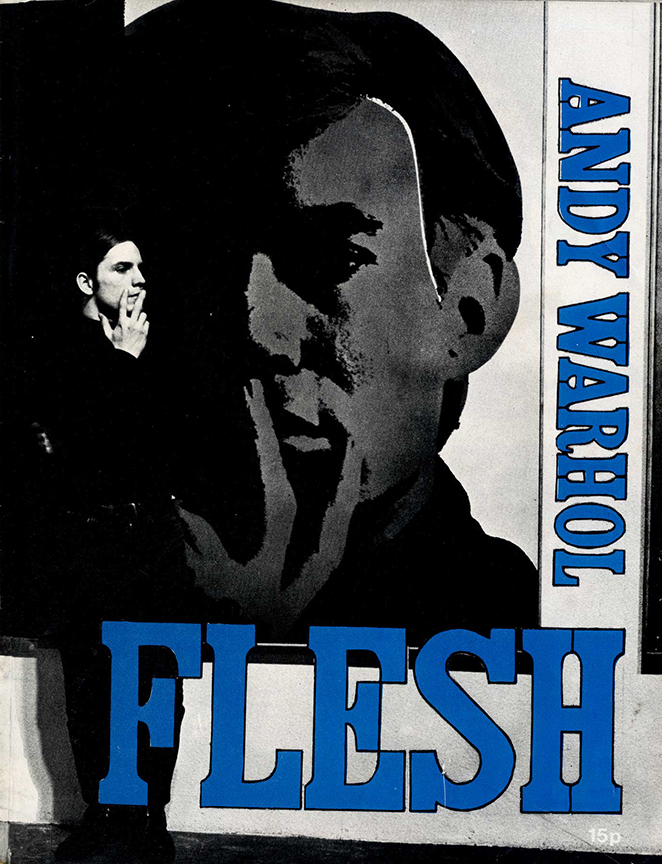 The British release of Andy Warhol’s FLESH was delayed after it was seized by the police for obscenity. Vaughan Films produced two entirely different ephemeral books for FLESH. One was a promotional book, for which OCLC cites three copies (Yale, British Library, Oxford). The OCLC also lists another book, also 28 cm., and also very scarce (two copies: Whitney Museum, National Gallery of Australia), but with an entirely different cover title.