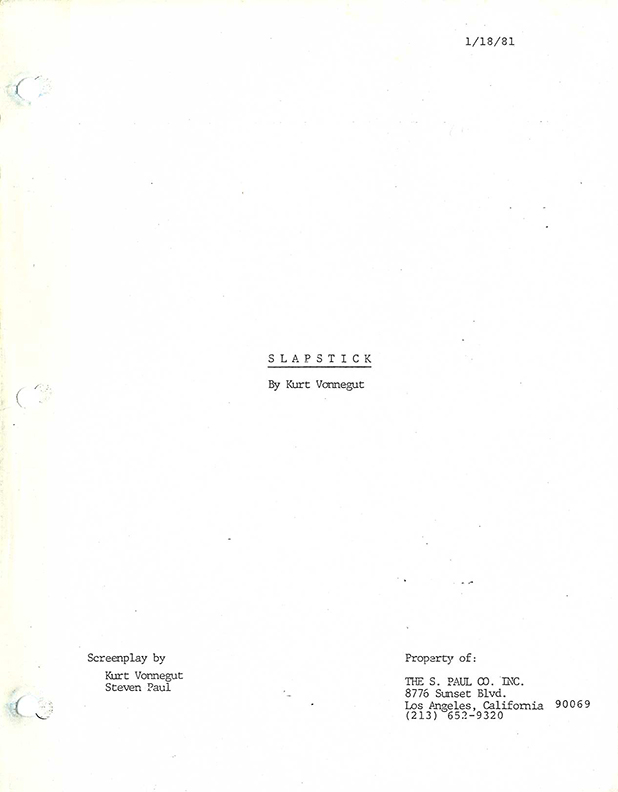 An early draft of this adaptation of Kurt Vonnegut’s novel, released in Europe in 1982 and in the U.S. in 1984 under the title SLAPSTICK OF ANOTHER KIND.

“Paul’s screenplay shifted away from the serious aspects of the novel and placed more emphasis on its humor, as well as excluding Vonnegut’s view of groups as extended families whose spiritual core is common decency, and the importance of courtesy, kindness and dignity.” (Wikipedia)