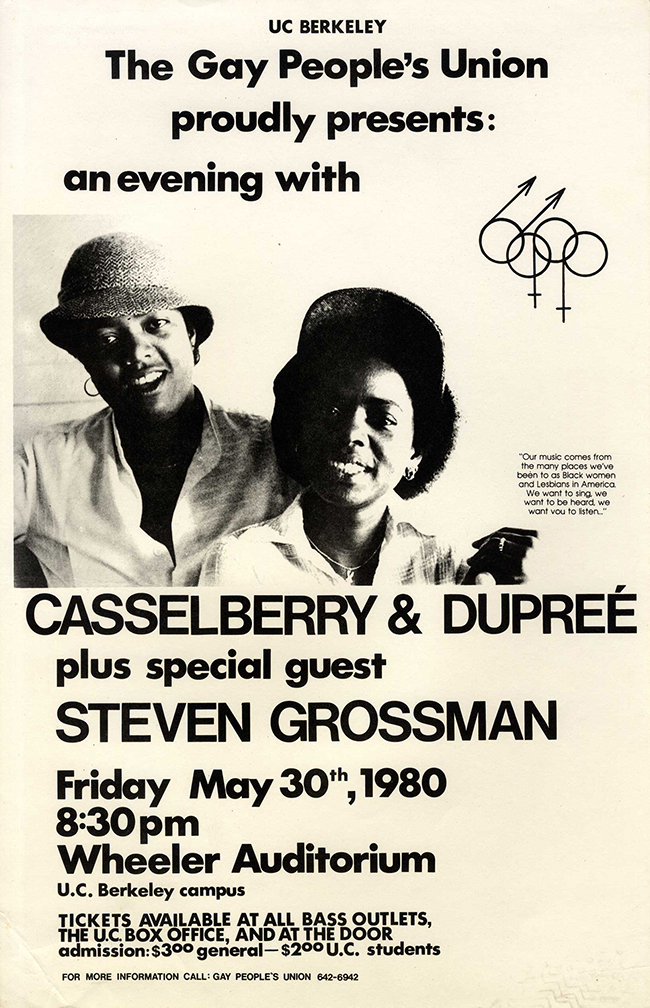 The text to the right of the photo of Casselberry & DuPreé reads: “Our music comes from the many places we’ve been to as Black women and Lesbians in America. We want to sing, we want to be heard, we want you to listen.”

The two met in high school and had already been performing for a few years when they did this 1980 concert for the Gay People’s Union at UC Berkeley.

Steven Grossman (September 1, 1951 in Brooklyn, New York – June 23, 1991 in San Francisco, California) “was a singer-songwriter from the early 1970s whose debut (and until 2011, only) album Caravan Tonight (1974) is distinguished as being the first album dealing with openly gay themes and subject matter to be released on a major label (Mercury Records). Stephen Holden of Rolling Stone hailed it as ‘one of the most auspicious singer-songwriter debuts of the ’70s.'” (Wikipedia)