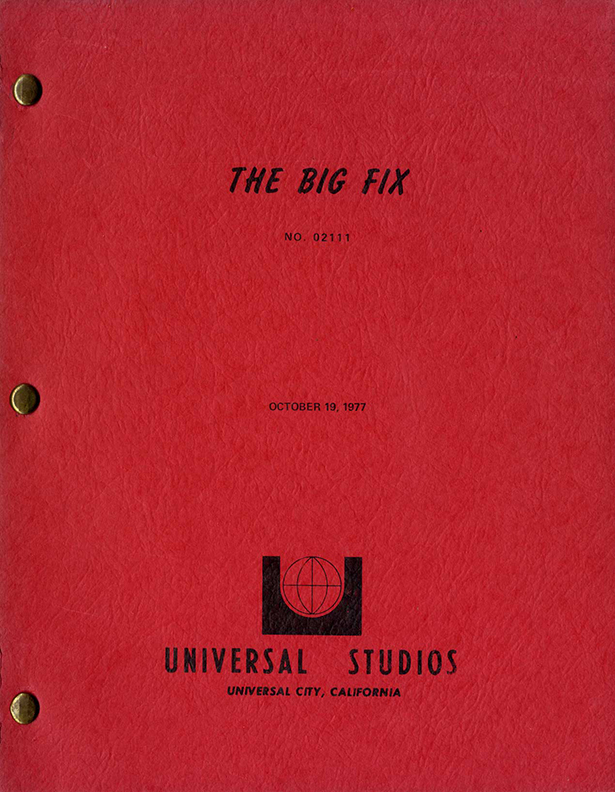 THE BIG FIX was the first of four novels by Roger L. Simon, set in Los Angeles and featuring dope-smoking, long-haired Jewish private detective Moses Wine. Simon adapted it to the screen for a film released in 1978, with Richard Dreyfuss in the lead role. It is a contemporary neo-noir film, in which Wine attempts to solve a mystery involving once-radical 1960s student activists. The film is drenched in disillusionment, and is one of various films of the 1970s New American Cinema which attempted to make sense of the recent past.