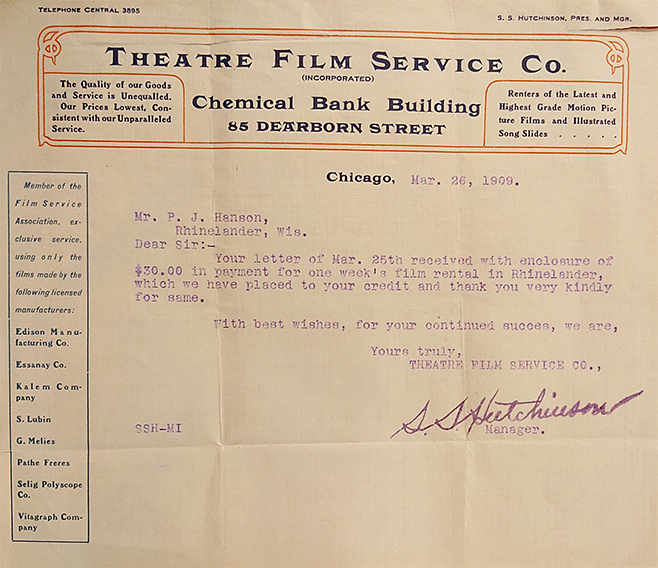 (Silent film exhibition) VERY GOOD or better. A collection of correspondence from various distributors, among them Western Film Exchange, Mutual Film Exchange (at the time when Mutual was exclusively handling Chaplin’s films), and Fox Film (in 1915, at close to the birth of that soon-to-be powerhouse film company).

The letters deal with issues of booking, need for exclusivity, and all the various questions that would have come up at this very early moment in movie history. It is astonishing to find letters as early as 1909, when movies were still being shown in primitive storefronts which had just been converted into nickelodeons.