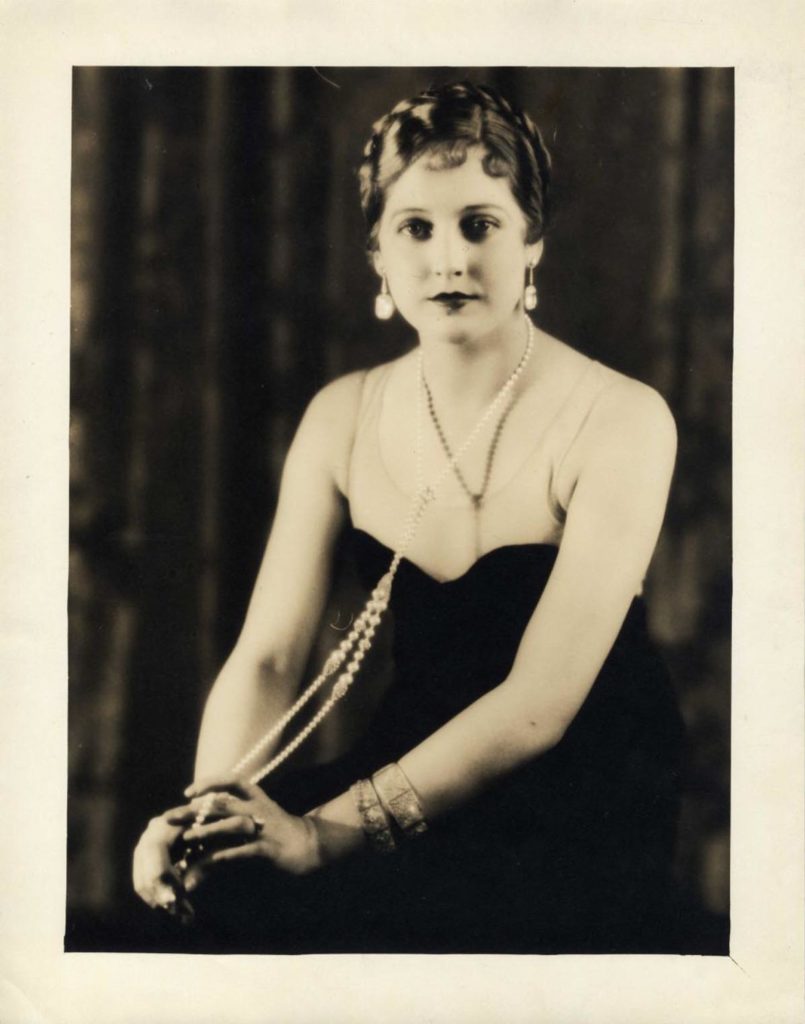 Starting in films in 1927, in 1929 alone Todd was making some 20 features and shorts. A girl of great intelligence, Thelma started her working career in pursuit of a teaching degree, but the winning of beauty contests (and her mother’s aspirations) changed that. Though she appeared in dozens of shorts and features of various genres, it was her humor — both physical and verbal — which was popular with audiences then and is appreciated to this day.

Her business savvy in opening her own café is what likely lead to her tragic — and, to this day, unsolved — death. When gangsters attempted to turn her business into a front for gambling she refused and was found dead in her own garage from carbon monoxide poisoning soon after. The cursory investigation into her death (ruled a suicide) by the notoriously corrupt Los Angeles District Attorney’s office of the time is seen today as evidence that her death was gang-related. Her last three films were not released until after her death in 1936.

During his early days as a portrait photographer, George P. Hommel captured a very elegant Todd. His courtesy ink stamp appears on verso.