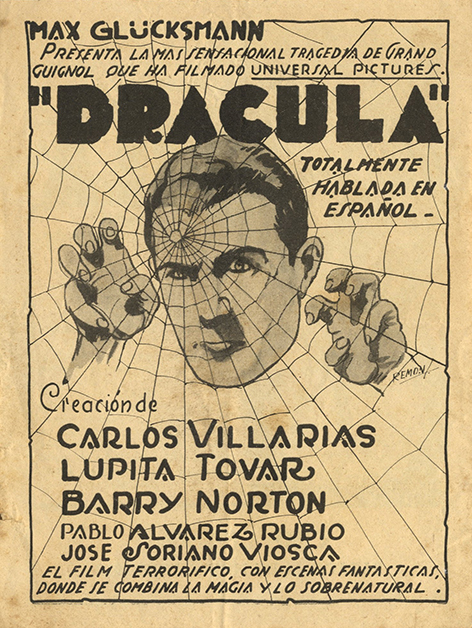 Vintage original 6 ½ x 4 7/8” (17 x 13 cm.), two-sided herald/promotional flyer, Uruguay. Carlos Villarias, Lupita Tovar, Barry Norton, dir: George Melford; Universal. While Universal was shooting the Tod Browning film with Bela Lugosi in the daytime, they were filming a separate, Spanish-language film at night, with the same sets, and a similar screenplay, but with an entirely different cast. And, for connoisseurs of Universal horror, this version in Spanish is highly thought of (some people even prefer it to the Lugosi version!) For decades thought lost, the film was unearthed in the Cuban film archives, and thus came back to light many decades after its original release. There is a little bit of soiling in blank margins, VERY GOOD.