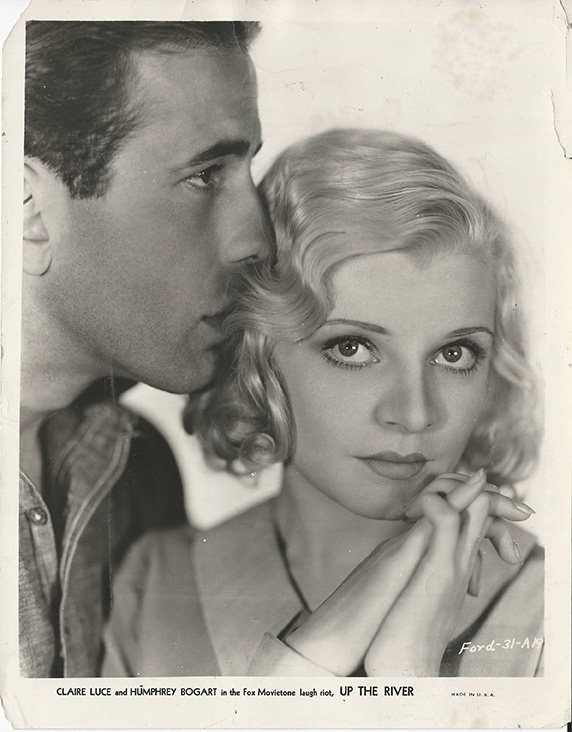 HUMPHREY BOGART IN HIS FIRST FEATURE FILM UP THE RIVER (1930)

Vintage original 10 x 8” (25 x 20 cm.) black and white single weight glossy silver gelatin print still photo. USA. Spencer Tracy, Claire Luce, Humphrey Bogart, dir: John Ford: Fox Movietone. An unusual crime film, in that it is a comedy. The film was the feature debut of both Humphrey Bogart and Spencer Tracy, there only teaming. Both actors had been successful on Broadway, in fact, Tracy was given just two weeks leave from his current Broadway play, THE LAST MILE to make this film, which was done very quickly. Leading lady, Clare Luce, here in this portrait image with Bogart was also a Broadway star— the movies eagerly plucking talent from the theatre for the early talkie films. The top and bottom left corners are chipped and there is creasing at the top right corner. There are pencil notations on the verso and an attached clipping dated 12/4/35 about Luce’s settlement with her millionaire husband Clifford Warren Smith. A rare early Bogart piece. VERY GOOD-FINE.