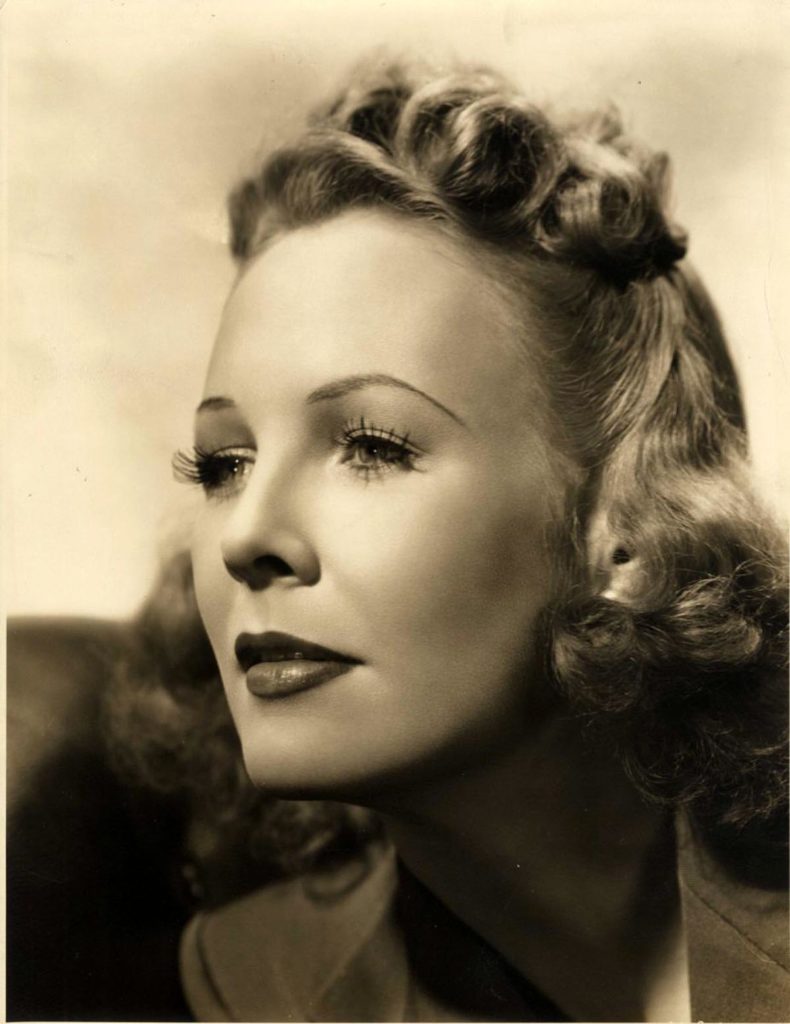 Vintage original 10 x 13″ (25 x 33 cm.) double weight sepia-tinted bromide gelatin print still photo, USA. Lovely portrait of the English actress sporting the latest in Hollywood hair and makeup style of the classic late-1930s period. During this time she was appearing in The Saint Strikes Back for RKO and The Hound of the Baskervilles for Twentieth Century Fox. Her career during the 1930s was strong and varied, but because of her notoriety as mistress to notorious mobster Bugsy Siegel, her film career was compromised in the 1940s. She regained fame as one of the first stars to do television commercials, and later had her own radio interview show. VERY GOOD.