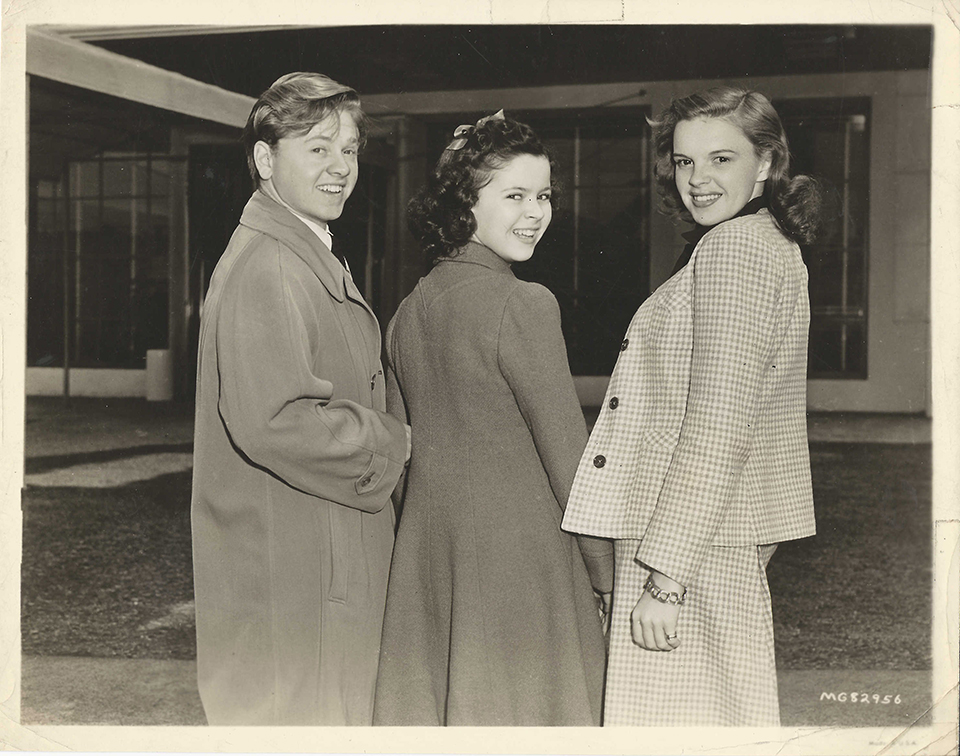 Vintage original 8 x 10” (20 x 25 cm.) black and white, single weight glossy silver gelatin print still photo, USA. Judy Garland, Mickey Rooney, Shirley Temple; Metro-Goldwyn-Mayer. For a brief period, Shirley Temple joined the MGM star roster. Having left Twentieth Century Fox in spring 1940 so as she could go to school and have a more normal life, she was bored with non-movie making life within a year. In spring of 1941 her mother signed a contract with MGM and Shirley was assigned to the Freed unit to do a big musical with Mickey and Judy. The film was BABES ON BROADWAY. Mrs. Temple, however, was not ready to allow Shirley to be a co-star, and feared that the duo would outshine Shirley, hence she took her out of the film and a starring vehicle, KATHLEEN, was instead assigned to Shirley. It did poorly and the Temples left MGM. Upon her arrival though, Mickey and Judy showed her around the studio. Photo has several border and corner tears and creases, all of which have been tape repaired on the verso. VERY GOOD-FINE.