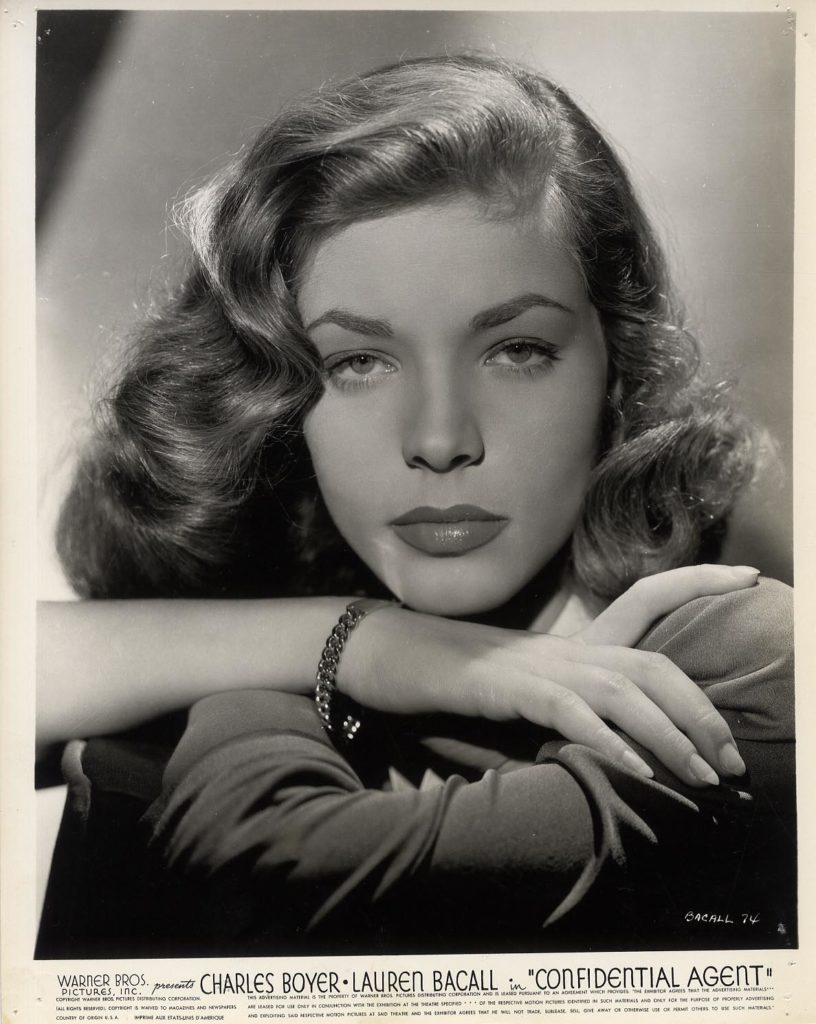 During her first year of film stardom, Lauren Bacall was successfully paired with a second leading man, though she had become a movie team with new husband Humphrey Bogart.

This film, based on a novel by Graham Greene, was about espionage during the Spanish Civil War. Former model Bacall was right at home posing for glamour shots such as this, which would also be used to publicize her next film, THE BIG SLEEP.