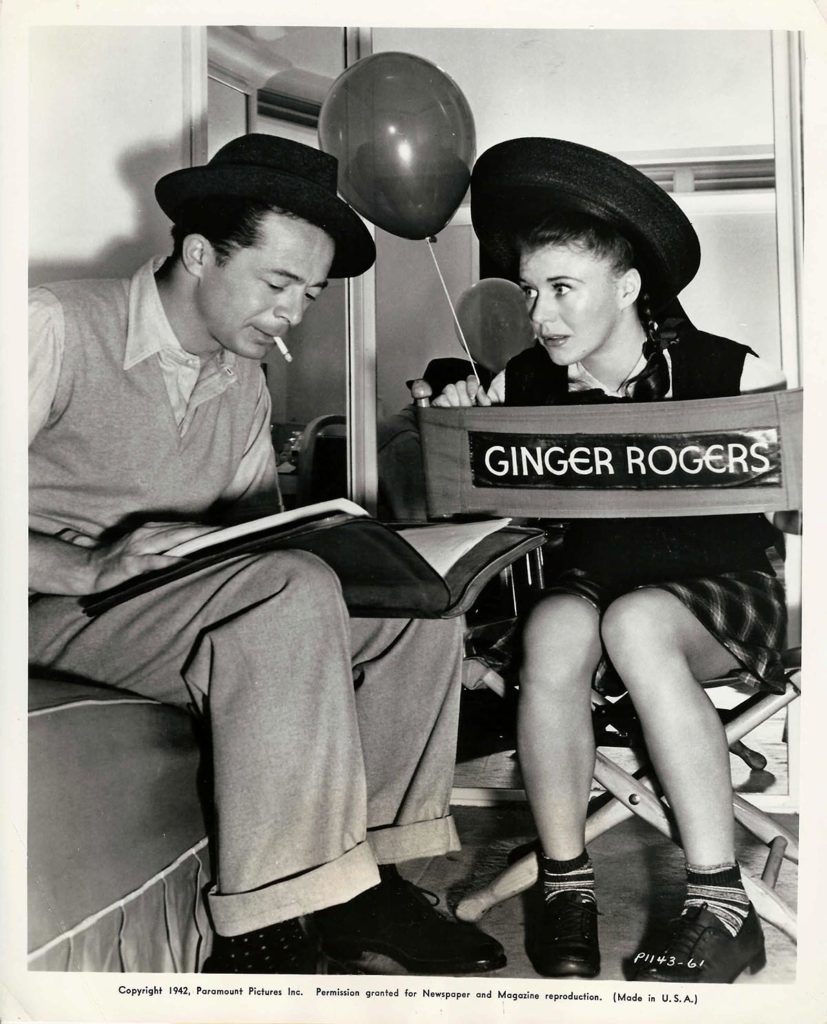 MAJOR AND THE MINOR, THE (1942) Billy Wilder, Ginger Rogers BTS

The screwball comedy about a woman who disguises herself as a child to save train fare and ends up being mistaken for an actual child by an Army man who takes charge of her, complete with all the complications Billy Wilder and Charles Brackett could muster.

For his film directorial debut, Billy Wilder works on the set with star Ginger Rogers. Rogers related to the role as when a young woman in Vaudeville, she had done the same thing to save train fare. The behind-the-scenes still is coded P1143-61 and it includes the original attached paper studio publicity blurb. There is a bit of waviness to the bottom of the still caused by the attachment of the blurb, ABOUT FINE.