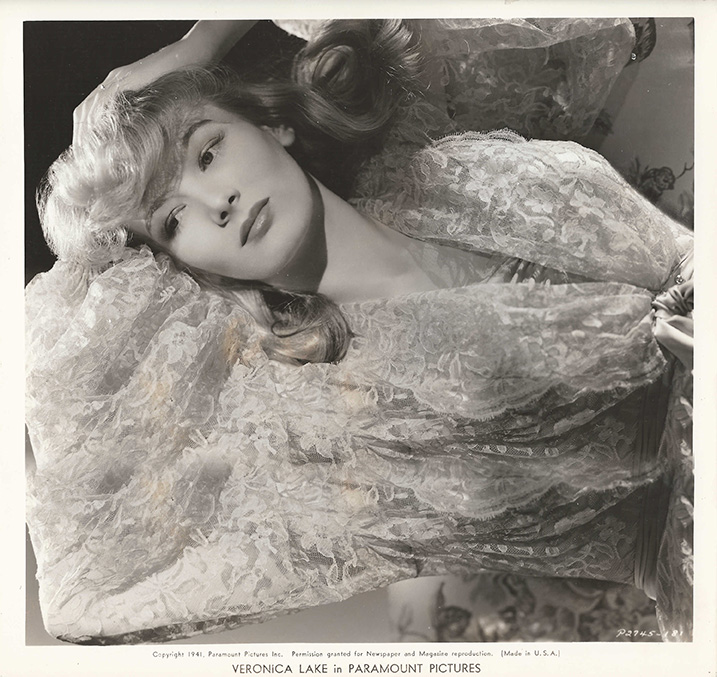 Vintage original 8 x 10” (20 x 25 cm.) black and white double weight glossy silver gelatin print still photo, USA. Joel McCrea, Veronica Lake, Robert Warwick, William Demarest, dir: Preston Sturges; Paramount. One of the loveliest portrait sittings done with Veronica Lake. Still P2745 (her assigned Paramount portrait still number)-181 was taken in June of 1941 and released a month later to promote the classic Preston Sturges comedy. The film would be released later that year. At the time, Veronica Lake was very pregnant, which she hid from the cast and crew, all except for costume designer Edith Head. Fortunately, Lake was dressed as a boyish tramp for most of the film and Head cleverly camouflaged her condition. She did, however, design beautiful gowns for her to pose in to promote the film. The movie wrapped in July 1941, her daughter was born a month later. Slight wear along the top blank white margin edge. ABOUT FINE.