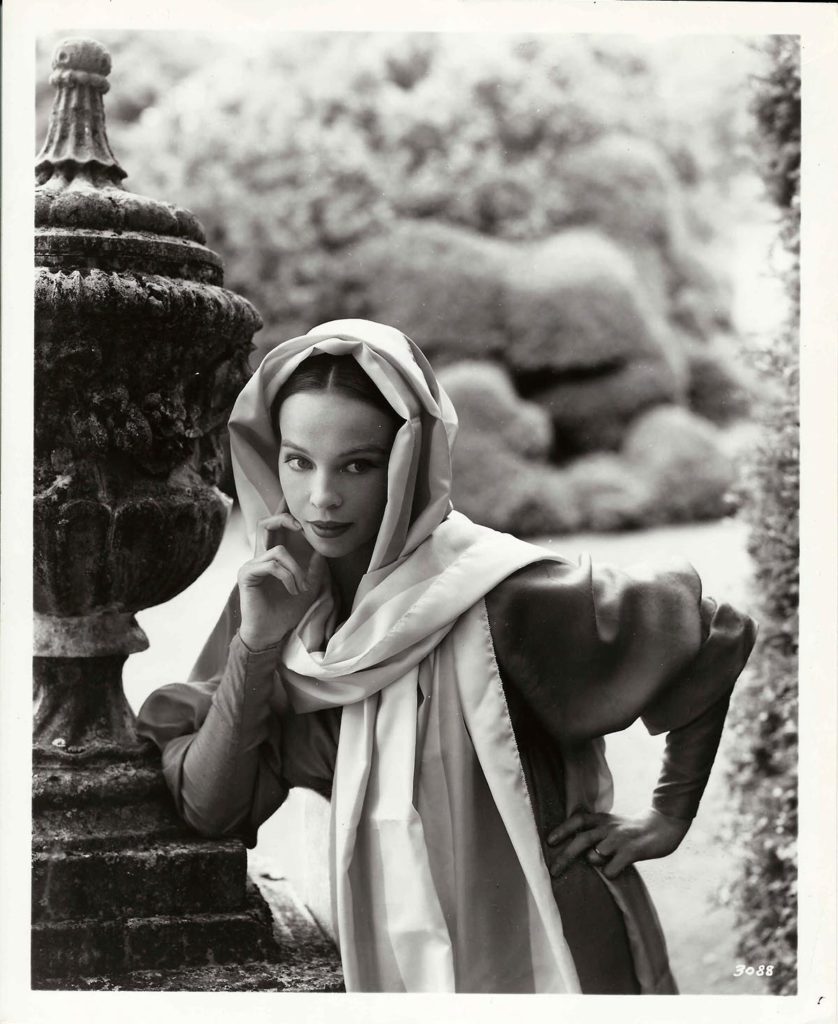 The dilemma occurs when a Mrs. Dubedat goes to a doctor to ask him to safe her artist husband Louis, who is dying of tuberculosis. Turns out Louise is not the great artist, but a con artist with another wife. The doctor can save just so many patients, so should he save Louis?

Cecil Beaton was the film’s costume designer and also photographed special portraits for the film. The original printed text is on the verso and states that Beaton took this photographic study of Caron. The film was made in Britain, on location and at MGM’s British studios. Still 3088 features Leslie in a wrap-around hood and cape. There is a minor crease at bottom right corner and handwritten text as well as the printed text on verso, NEAR FINE.