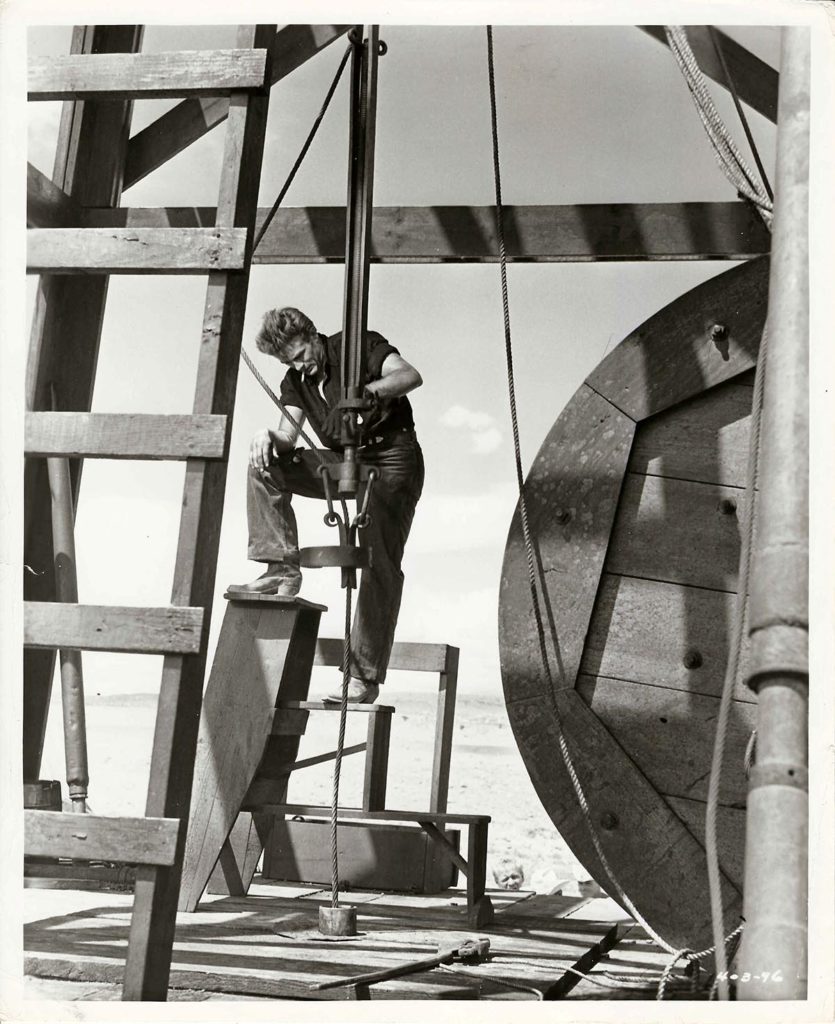 Vintage original 10 x 8″ (25 x 20 cm.) black-and-white single weight glossy silver gelatin print still photo, USA. Elizabeth Taylor, Rock Hudson, James Dean, Carroll Baker, Jane Withers, Mercedes McCambridge, dir: George Stevens: Warner Brothers. Popular still photographer became known when he photographed James Dean on the set of Rebel Without a Cause. He accompanied Dean and cast and crew on location in Texas to do the still photography on Giant in 1955. When Dean was killed before the release of the film, his photographs became the most sought-after of the tragic star. He would go on to be still photographer on such now iconic films as Some Like it Hot, Ocean’s 11 and The Magnificent Seven!

This original print of Dean on the oil derricks has two attached paper blurbs on the verso with credits for the film and Floyd McCarty’s ink stamp. It is coded 4-3-96. A small edge tear at mid left blank white margin has been repaired with clear tape. There is a crease at the lower right side edge and tiny corner creases, NEAR FINE.