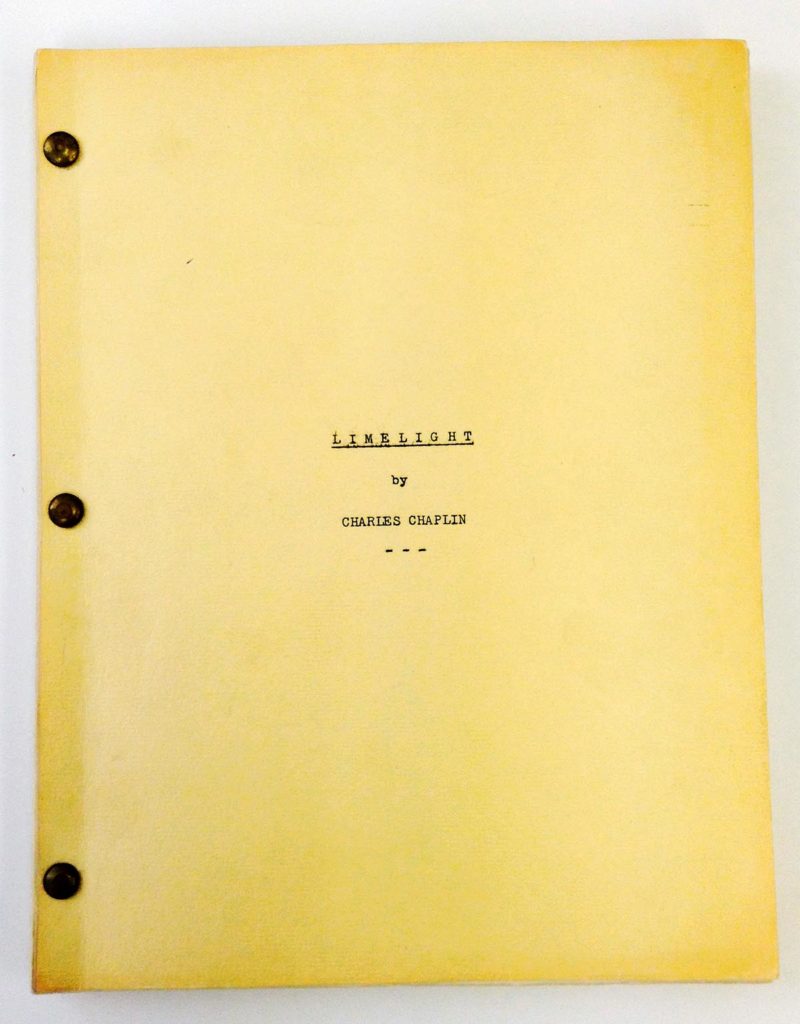 Set in the music hall world which was his origin, he plays a fading comedian who inspires a crippled ballet dancer to walk and feel confident about her life. The film contains brilliant scenes with Chaplin’s only real film rival, Buster Keaton. Nearly banned upon release in the U.S. in 1952 because of Chaplin’s suspicion by the House on Un-American Acts Committee, its haunting and unforgettable story became a classic in subsequent years. When re-released in 1973, Chaplin, Ray Rasch and Larry Russell were awarded an Academy Award for Best Music, Original Dramatic Score — because, as it never received a Los Angeles release in 1952, it was eligible for nomination and won.

This is an undated mimeographed script, brad-bound with printed wrappers, 143 pp. There is light tanning to the covers. The film in its London premiere ran 147 minutes, in initial release 141 minutes and presently a 137 minute cut is available. The screenplay was in preparation for 2 years by Chaplin. ABOUT FINE