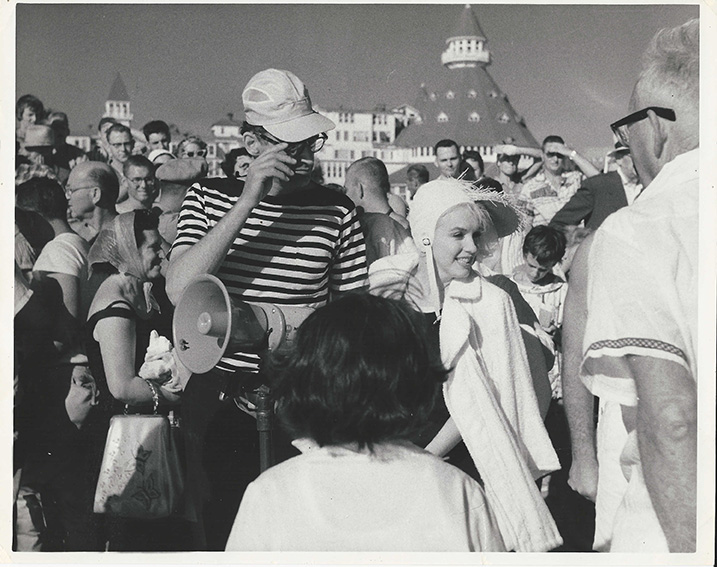 The popular comedy of two musicians who witness the Valentine’s Day massacre, impersonate female musicians, join a band and travel to Florida to avoid the mob is a comedy classic. Monroe was pregnant during production and was a reason for a difficult shoot. Husband Miller may have been a help on the set. She would miscarry after production. She and Miller would stay together for a while, he writing the script for THE MISFITS for her soon after.

This photo has pencil notations on the verso as well as the stamp for magazine use. A note reads “From Tess Michaels, United Artists, 11/58”. Tess worked in the New York offices of United Artists. Some wear and use. There is a mended 1 in. tear at the bottom of the photo to the left of the bottom of Monroe’s robe, NEAR FINE.