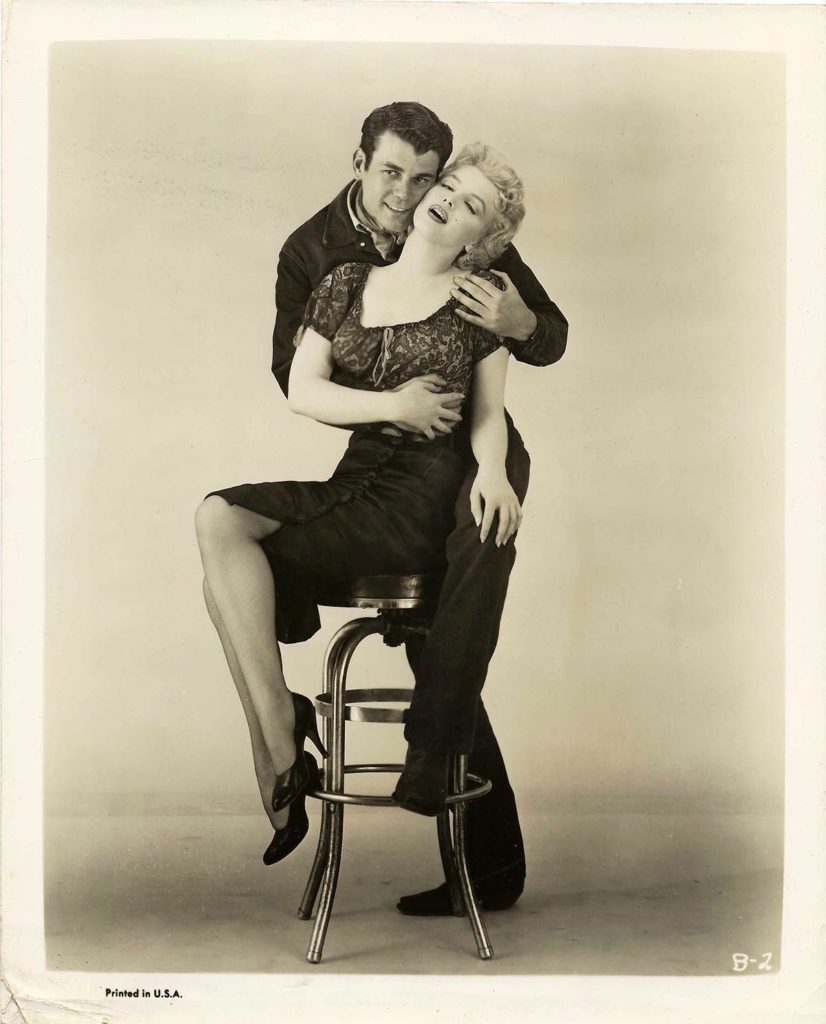 Perhaps Marilyn Monroe’s most touching performance. Made under her production company, it is one of her finest screen efforts. Newcomer Don Murray was outstanding and was nominated for an Academy Award. The film also featured great character performances and the debut of Hope Lange. Well-remembered for Monroe’s painfully vulnerable rendition of the song “That Old Black Magic” as she portrayed the saloon singer Cherie.

A George Axelrod screenplay from William Inge’s play, it is the story of a naive and determined cowboy who becomes infatuated with and falls in love with a saloon singer and who will stop at nothing to marry her and take her away.

Here are Monroe and Murray in a very famous publicity still. It is coded B-2. On the verso is the ink stamp “Credit to 20th Century Fox.” Hand written notes in ink on verso. Hard crease at bottom left corner, soft crease at top left corner, ABOUT FINE.