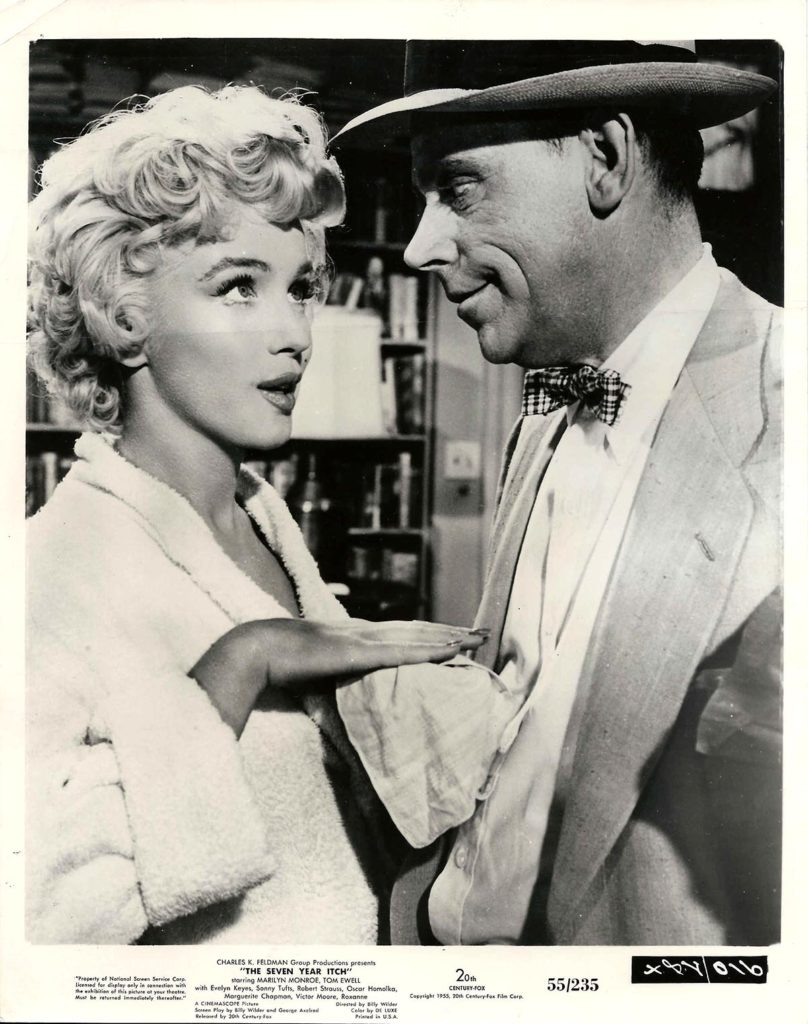 When a business man’s wife and son go off to camp for a summer break, he becomes enamored with the young woman who is subletting the apartment over him, resulting in a variety of entertaining predicaments, some real and some fantasy.

In her robe, Monroe as the girl appeals to Richard Sherman played by Tom Ewell in the last scene as they bid goodbye and he runs off to collect his wife and son. Photo is coded 910 / 78X. The film was in production between Fall 1954 and Spring 1955 and released June 3, 1955. This is amongst Marilyn Monroe’s finest work. There are two creases at the top left corner and a light horizontal crease across the still about a quarter way down from the top, VERY GOOD.