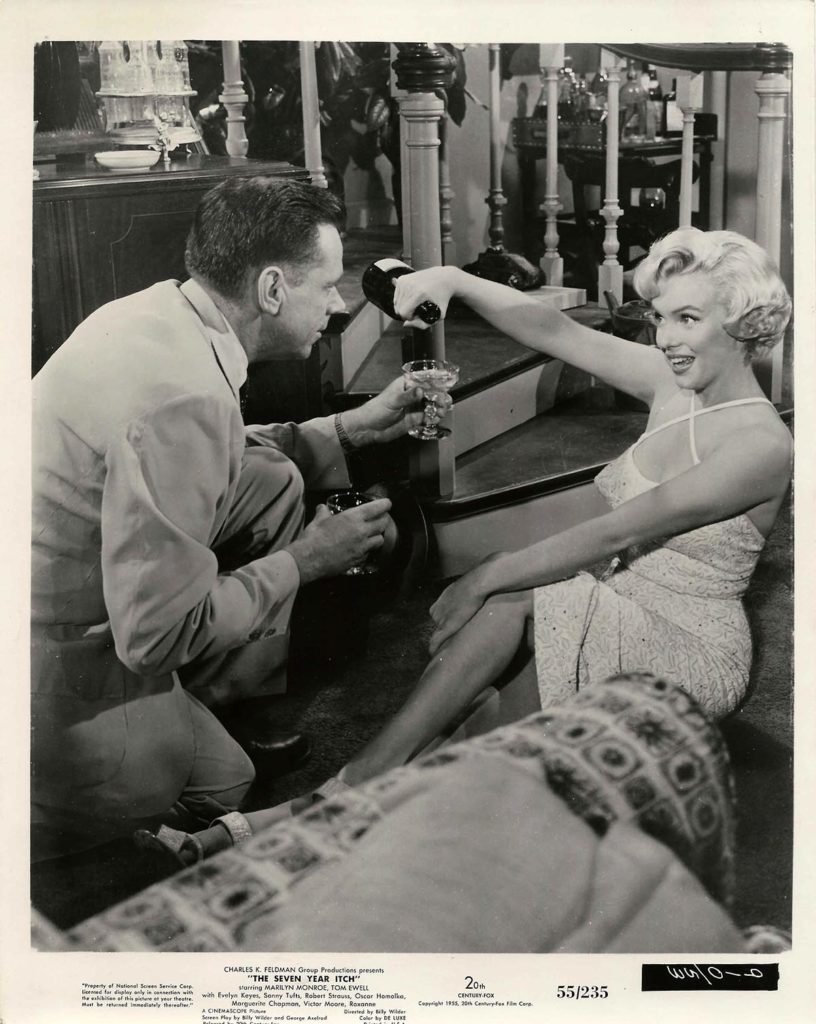 Billy Wilder and George Axelrod based the screenplay on Axelrod’s play. Wilder directed and co-produced as a vehicle for Monroe. Gary Cooper, James Stewart and William Holden were considered for the role of Richard Sherman, but Wilder went with the plays Tony Award winner for the role, Tom Ewell. This would be the only film Wilder would make at 2oth Century Fox.