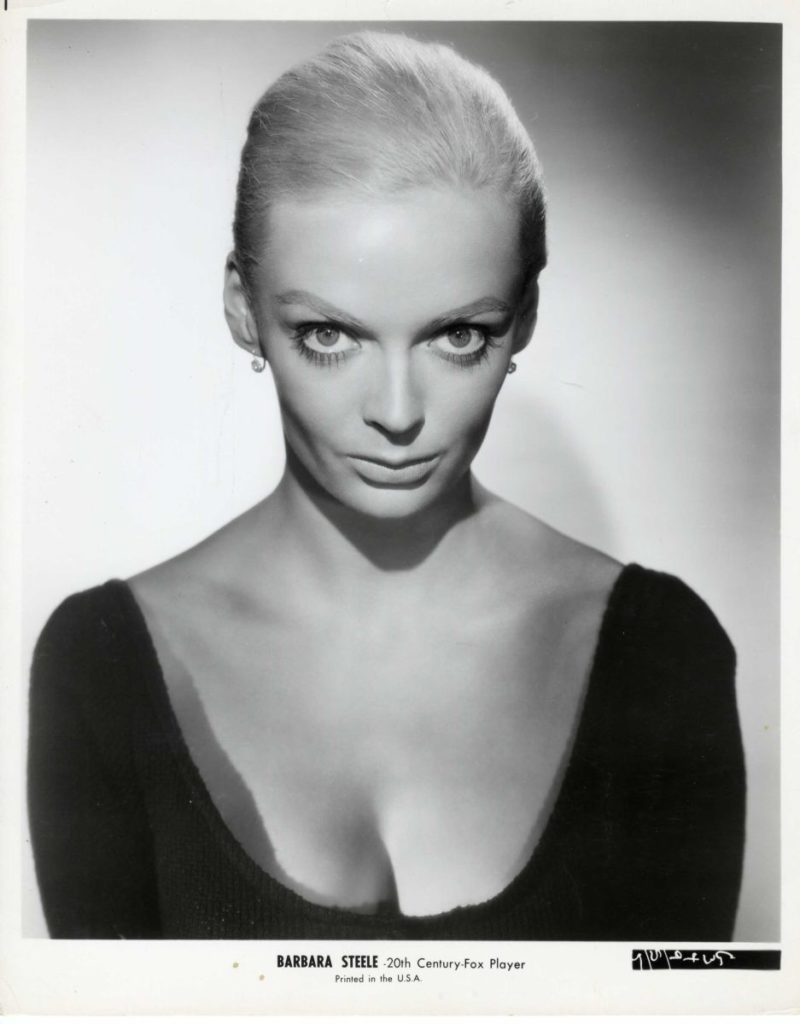 Vintage original 8 x 10″ (20 x 25 cm.) black-and-white single weight glossy silver gelatin print still photo, USA. At the beginning of her career, Steele briefly had a contract at Twentieth Century Fox. Since they had nothing for her she languished at the beach. But, in early-1960, she took a trip to Italy and gained her first starring role in the film LA MASCHERA DEL DEMONIO [BLACK SUNDAY]. Upon returning to the U.S. she was dyed blonde, posed for a series of glamour shots and was cast beside Elvis Presley in FLAMING STAR, a role which was not to be. This portrait was shot in preparation for FLAMING STAR, a role which Barbara Eden took over. FINE.