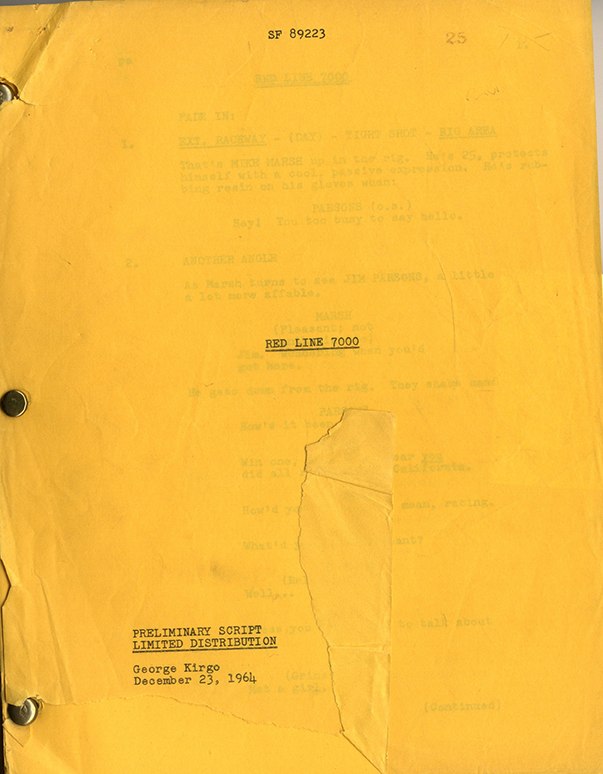 Copy #25 of a “Preliminary Script” for “Limited Distribution.” Screenwriter George Kirgo developed the script from a story idea by Hawks, and the 1965 release starred James Caan (then an unknown young actor), Laura Devon, Gail Hire, et al. It was one of Hawks’ last films,produced on a limited budget and with a compressed shooting schedule. It was obviously an experimental project for the distinguished veteran Hawks to take on the challenge of working with newcomers and a very small budget compared to his normal efforts.