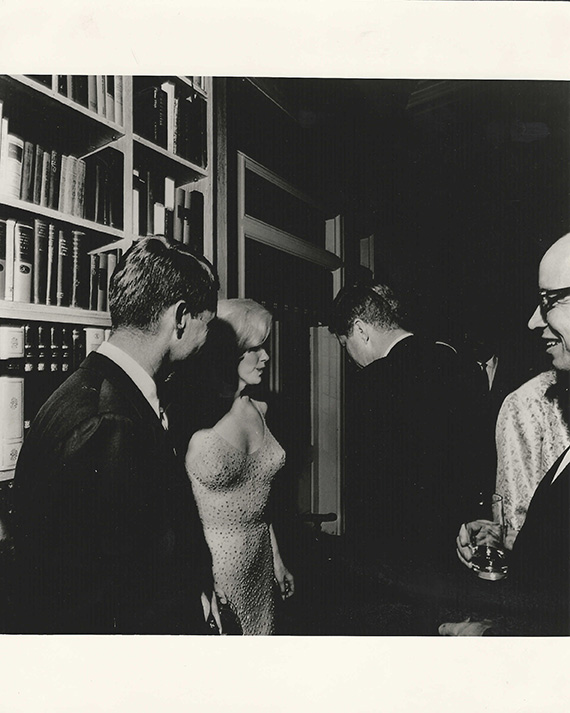 MARILYN MONROE (1962) At party with JFK and Robert Kennedy

Vintage original 8 x 10” (20 x 25 cm) black and white double weight glossy silver gelatin print still photo, USA. On May 19, 1962 (ten days before his actual birthday), Marilyn Monroe sang “Happy Birthday” to John F. Kennedy for his 45th birthday at a celebrity gala fund raiser, attended by some15,000 people at Madison Square Garden. The roster of performers included Judy Garland and Maria Callas. Monroe’s gown, designed by Jean Louis, which she was sewn into became iconic and sold this past year for more than two million dollars. In an extremely rare image, here is Monroe with brothers John F. Kennedy and Bobby Kennedy at what appears to be an after gathering. Monroe, reportedly involved with both would die just three months later and this would be one of her last public appearances. This is an original photo from Time-Life Picture Agency and is so stamped on the verso. The photographer’s credit, Cecil Stoughton is written in. ABOUT FINE.