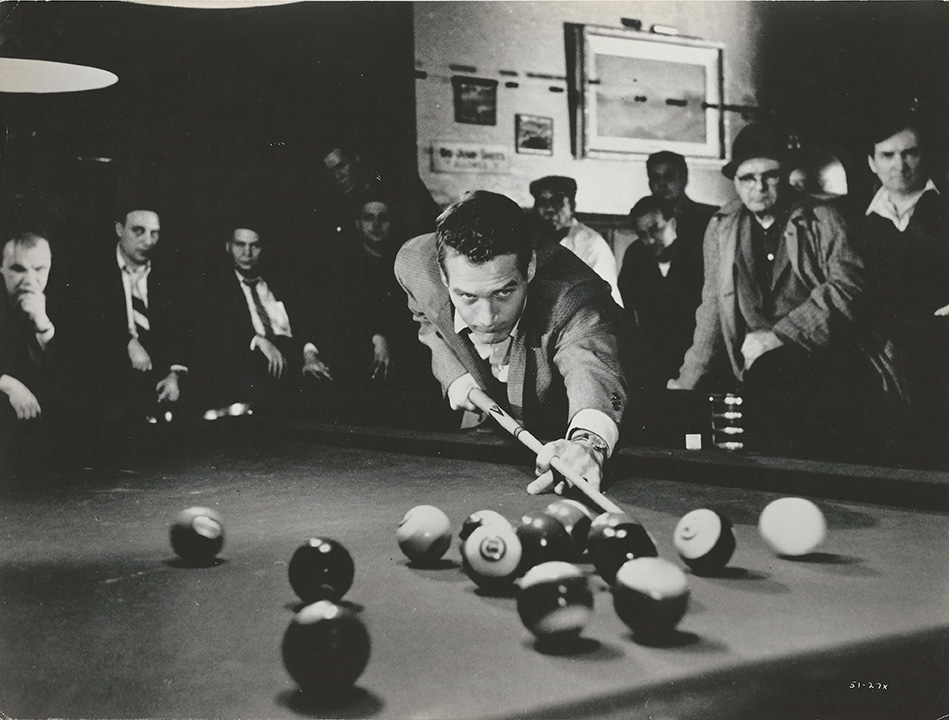 Vintage original 10 x 13 1/2” (25 x 32 cm.) black and white single weight glossy silver gelatin print still photo, USA. Paul Newman, Jackie Gleason, Piper Laurie, Dir. Robert Rossen; Twentieth Century Fox. Initially thought to be a vehicle for Frank Sinatra, this became one of Newman’s best remembered roles, for which he was nominated for Best Actor by the Academy. From the 1959 Walter Tevis novel, it was the story of a small time pool hustler who desired to prove himself the best player in the country by challenging a legendary player. The film was shot entirely on location in New York City (in Rossen’s “neo-neo realistic” style) and utilized the pool halls, McGirr’s and Ames Billiard Academy. There were many Academy Award nominations and the film caused such an interest in pool that 3 years after initial release, it was ready for a re-release. One of the “defining” films of the 1960s. Here is Paul Newman as Eddie Felson about to make a shot. Still is coded 51-27x. Minor creases at corners. ABOUT FINE.